A Growth Economy is an Anti-Economy

Economic inequality, diminishing global resources, environmental degradation, biodiversity loss, the list of global societal issues is extensive. While there are both corporations and individuals which are complicit in exacerbating these symptoms, it should be understood neither are the root cause.

While we can identify examples of these symptoms it’s less well understood that our economy itself is causing and reinforcing them.

Human Decline Starts With A Growth Based Economy

That’s a big claim, so lets start by looking at the definition of the word economy.

Economy : thrifty management; frugality in the expenditure or consumption of money, materials, etc. to avoid waste.  Coming from the Greek word oikonomos  “management of a household” from oikos “house” + nomos “managing” hence “managing of the household”.

Understanding the origin of the word economy and its definition we can see the economy of today is in fact anything but economic. The reality of our current anti-economic system is one of consumption for the sake of consumption to sustain continual growth, devoid of any real consideration for the environment which sustains life on our finite planet. 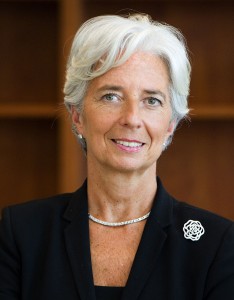 The life blood of our economic model is money and the chief measure of success from the confines of this system is monetary profits, regardless of how those profits are generated or at what environmental/ human cost. If there is profit to be had the environmental or human impacts are marginalized if they are considered at all.

Monsanto ranked 234 on the fortune 500 list for 2011, generated a profit of over $1.1 billion in 2010. However, the company disregards all warning signs and hard evidence that the use of Roundup herbicide is damaging soil and contaminating groundwater with a carcinogenic chemical it contains called glyphosate, which even in low doses is killing human kidney cells.

Dow chemical pocketed over $2.3 billion in profits in 2010 and refuses to add to the $470 million compensation paid out in 1989 for the 1984 Bhopal disaster, one of the world’s worst-ever industrial catastrophes. In 2001 Union Carbide liable for the disaster was purchased by Dow Chemical, who has done little to improve the situation in the disaster-stricken zone. According to estimates, 500,000 people are still suffering from illnesses developed after the tragedy, including cancer, blindness and various birth defects. Union Carbide Corporation is a wholly-owned subsidiary of The Dow Chemical Company and with a criminal case against Union Carbide far from resolved Dow Chemical is of the opinion  it has no responsibility to clean up the Union Carbide facility. Dow “never owned or operated the Bhopal plant site and Dow did not inherit any liabilities of Union Carbide Corp.”. It appears you can purchase a mess and then walk clean away from it, leaving it as someone else’s problem to clean up.

Cattle ranchers and agribusiness form a powerful lobby in Brazil, especially at the state level. Many of the country’s most influential politicians are linked to the industry, resulting in the congress voting to relax laws which are protecting the Amazon from deforestation.

Private prison companies are generating massive profits; the United States has the highest incarceration rate in the world with well over three percent of the population, more than seven million people, under a form of supervision. This however is not just a profitable business model in the U.S.A. with companies like the GEO Group providing prison services in the U.S., Australia, South Africa and Britain. For the 2011 year the GEO Group had total revenue in excess of $1.6 billion, with imprisonment being such a lucrative business it is unlikely the social determinants of criminal behaviour will ever be seriously addressed by any government.

Siemens, a German engineering group, is facing legal action after allegedly paying bribes to the tune of seventy million Euros to Greek officials in order to secure a contract upgrading the Greek telephone network. Several German defence contractors have also found themselves fined or under investigation for corruption in an effort to secure lucrative defense contracts in Greece.

Coca-Cola has come under pressure after years of excessive water use in India, draining critical aquifers and destroying the lives of farmers. The Water Foot Print Network has estimated that the Coke company has been using four-hundred-fortytwo liters of water to make one liter of fizzy drink. The company has been found to be attempting to hide its level of environmental damage in the country by making sure every study done into its negative environmental performance was debunked by an opposing study.

While it is easy to find examples of this type of aberrant behaviour on the part of corporations and politicians, the solutions are rather more difficult for many to comprehend. It is not simply a matter of dismantling the offending corporation or removing corrupt politicians, for when the economic system rewards this conduct a new company or politician will spring up overnight to fill the void left and continue with this same disposition.

If it is profitable to cut down acres and acres of trees, or indeed to keep people in some form of detention, then what exactly do we expect will happen? Nowhere in our current economy is there an allowance for the health and well being of our environment, or the incentive to fully understand the drivers behind what may be termed criminal behaviour. While it is our environment that allows us to live on this planet, the economic drive for profit is not concerned with the consequences of degrading that environment.

So how far will this decline take us, are we doomed to reach the precipice and leap over the edge, or will the near destruction of our natural environment and skyrocketing levels of poverty be a catalyst for change? If the chef-idol-superstar culture is anything to go by then the future does not bode well for us.

To facilitate the structural changes needed to secure a sustainable future for our species will require the questioning of the fundamental rules and mechanics of our economy. Failure to do so will seal our fate, as we consume our way to our own self destruction.