A Planet Devastated by The Age of Waste

The most important thing happening on our planet today, shock horror, has nothing to do with a sports team or an election. I know it is hard to believe there could be anything more important than someone playing with a ball, or the outright lies of some political puppet, strangely enough as it should happen there is. Socially we are experiencing the effects of a serious values disorder which through time has permeated into every facet of our existence, culminating in a cheapening and almost complete disregard for what it means to be a human being.

Our own children are paying a price for this values disorder, for in today’s society it’s a luxury afforded by few to escape the wage labour system in order to be at home and raise a child. All too often our children are dumped in “care” facilities, so as parents we can rush off to jobs to earn a weekly wage and pay for life. The raising of our children left to strangers, whom may or may not hold similar values to ourselves. This situation has become so ubiquitous within society today that little thought, if any at all, is given to how it may be impacting on our children.

Consider the depth of the conversations we are having in today’s world, if social networks are anything to go by then we certainly have little to nothing to be proud of. The discourse covers Idol, X Factor, sales, drunken nights out, celebrities and so on for the clear majority. Those who attempt to encourage conversation about the societal and health impacts of inequality or the ramifications of growth based economies on the natural world tend to be relegated to the fringes, seen as killjoys, or told about how much fun they must be at parties.

We should be parking ourselves in front of our television screens, watching “reality” media crap, voting for the next idol with the “X” factor and generally allowing ourselves to be gently distracted from anything which may actually matter. Praise be the all mighty television, numb my mind, help me escape once more after another day of nine to five drudgery, so I may arise in the morning to do it all again. 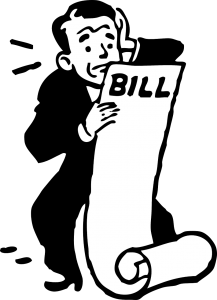 Our lives have come to be described by dollars, how much we earn, the price we can pay for products, the level and type of insurance we have, even our death is something we are expected to financially plan for. We would not want to leave this world a burden on our own children, well what about our dying environment? What type of burden will that be?

We are not managing our household with any kind of impunity; every life support system on our planet is in decline. Failing to recognize and come into line with natural limits is having a direct impact on every species we share this planet with, and for what? Consumer goods, the production of materialist things at the expense of sustainability on planet Earth.

The Planet is Ending The Party

Approximately seventy-two percent of the surface of Earth is covered in water, of which only three percent is freshwater. In 1960 the Aral Sea was the fourth largest freshwater lake in the world, in the 1950′s in an effort to irrigate the desert to grow cereals, melons, rice and cotton the two main rivers feeding the sea were diverted away. It worked, today Uzbekistan is one of the world’s largest exporters of cotton, but it came at a high cost. During the early 60′s roughly sixty thousand people were employed in the thriving fishing industry, by 1977 fish harvests had declined by seventy-five percent and the 1980′s saw the elimination of the entire commercial fishing industry. As the Aral Sea declined fertiliser and pesticides polluted the remaining, increasingly salty, water. Agricultural chemicals and salt, that contaminated the lake-bed, were blown in dust storms, settling on farmland, degrading the soil. Farms flushed with greater and greater amounts of river water, which feed the lake, only worked to exasperate the problem.

The Aral sea is not the only place we can see fresh water decline, twenty-five percent of the world’s river systems no longer make it to the oceans for at least part of the year. Causing the destruction of wetlands, drying of the landscape and destroying fisheries.

Our voracious appetites for cheap energy has lead to increasing levels of carbon in our atmosphere as we burn fossil fuels to meet  those needs. Not only does carbon work to retain solar energy, increasing temperatures on our planet, it also has direct impacts on the world’s oceans. As carbon levels increase in the atmosphere, escalating amounts of carbon are absorbed by our oceans which is increasing ocean acidity. While the impacts of this increased acidification are not known for certain, scientists from the University of Chicago who studied ocean ph levels for 8 years (the first detailed dataset on variations of coastal pH at a temperate latitude) expect the accumulation will have severe impacts on marine food webs and could interfere with coral reef building. Researchers are warning higher acidity levels in the world’s oceans could directly impact on the development and reproduction of marine organisms such as; jellyfish: sea anemones: plankton and coral. It has also been found that this increase in C02 in the ocean can make marine animals more susceptible to ocean ‘dead zones’.

“The atmosphere and ocean have warmed, the amount of snow and ice has diminished, the global mean sea level has risen and the concentrations of greenhouse gases have increased”
-Dr. Qin Dahe

As we pave over, pollute, introduce foreign species and generally destroy ecosystems in order to harvest natural resources, we are doing severe damage to global biodiversity. This loss of global biodiversity, which in the 20th century occurred at a rate one thousand times faster than the average rate at any time in the preceding sixty-five million years, is predicted to create agricultural problems threatening food supplies to hundreds of millions of people. Continued loss of biodiversity is also expected to impact on human health, limiting the discovery of treatments for diseases and general health issues, as many pharmaceutical and medical treatments are made through understanding the earth’s biodiversity.

Our economy, based on continual consumption to drive greater and greater profit taking by an ever diminishing percentage of our population, is directly responsible for the damage being done to our planet. Should we continue to operate from the confines of this model it can only be expected our planet, the only one we and our immediate future generations have to live on, will be pushed past multiple tipping points leaving our children and grandchildren struggling to carve out a meager form of existence. If the planet can continue to support life at all, in the short term.

We are on the exponential growth curve, past social innovators would marvel at our creations and in all likelihood be dismayed at the complete and total lack of overall social progress in relation to those innovations. Through many years of social indoctrination we have become mentally trapped inside the illusion that we need our current economic system in order to continue to exist and create as a species, nothing could be further from the truth. If we understand our planet and in turn biosphere, is part of one interconnected organism we can quickly see it is only logical our economic system should protect and cherish our planetary environment.