A World Without Debt

Our banking system perpetuates debt which can not only never be paid in full, but is in fact constantly expanding. 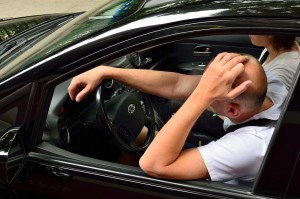 This perpetual debt system is creating families that spend far too much time apart, with many starting Monday wishing it was Friday. We spend 40 hours of the working week at our jobs, anywhere from 5 hours to maybe 10 hours a week commuting to and from those jobs. We also spend perhaps 35 to 40 hours sleeping, and there are increasing numbers of people who are also working half of Saturday. This leaves us with approximately 30 hours a week, or 5 hours a day to spend with those we love.

This makes the remaining 40 hours of the weekend, less 16 hours sleeping, something to be cherished. Especially when after a long day at work we may find ourselves getting home to do housework, household finances, and ending up sitting in front of the dumb box spending little to no real quality time with the people who are supposed to matter the most to us.

We get all the bills paid for the week, buy food to live, and then we are compelled to turn around and do it all over again and again.

We are selling our lives to the highest bidder in an effort to make more money. Money which is fake, and created by our commercial banks through the process of fractional reserve banking in the first place. This process is outlined in Modern Money Mechanics, a workbook on bank reserves and deposit expansion by The Federal Reserve Bank of Chicago.

Let it be understood, although this is an American document Fractional Reserve Banking is a global system and the fundamentals of the system are the same worldwide.

We must also consider interest, for when money is created in this system it is only the principal of the loan which is created. The principal of a loan is the amount borrowed. This being the case, where does the money come from to pay the interest on these loans?

The answer is nowhere, it is never created.

If all the money in the world was returned to the banks there would still be outstanding debt. Defaults and mortgage foreclosures are built into the system, because the money to pay all the interest charges is never created in the first place.

The idea of “debt free money” is gaining traction in our society today. Its main premise is that debt free money is spent into the economy as opposed to being loaned into the economy at interest. Now this seems like a tantalisingly good idea at first view, as of course removing the perpetually generated debt from the system through the compound interest charged by banks on every dollar ever created is very appealing.

Under a debt free money system commercial banks could not continue to operate within the fractional reserve policy, which allows them to inflate the money supply by simply creating cash out of thin air whenever they loan money.

So far this all sounds great, an end to the large centralised reserve banks and the fractional reserve lending policy which creates endless debt in our society. Of course if we are aware of a way to remove debt expansion from the system then it should be done. So what will the outcome of this change be, apart from an end to government and personal debt expansion what else does this resolve?

Essentially very little to nothing of substance. If we are going to use a form of money in our society requiring us to pay to live on our planet, then there are some very fundamental problems which arise out of that situation.

Do we all get paid the same?

Of course not, this leads us directly into another problem, the situation of social stratification based primarily on purchasing power.

“Social and economic inequality is detrimental to the health of any society. Especially when the society is diverse, multicultural, overpopulated and undergoing rapid but unequal economic growth.”
Milind Deogaonkar, MD

Living in unequal societies results in a plethora of social and biological symptoms experienced by the inhabitants of society.

Worse outcomes for children are shown through research to be closely associated to growing up in poor neighbourhoods and suggests economic segregation may in fact be harmful to children.

Even when controlling for other crime determinants crime rates and inequality are positively correlated, within and particularly between countries.

“With a degree of consistency which is unusual in social sciences, lower-class people, and people living in lower class areas, have higher official crime rates than other groups.”
John Braithwaite, Inequality, Crime, and Public Policy

The theory of “relative deprivation”, expresses that inequality creates social tensions as the less well-off feel dispossessed in comparison to wealthier people. The sense of unfairness and disadvantage leads the poor to seek compensation and satisfaction by any means, including criminal offences against both the poor and rich.

Economic inequality has a robust and significant effect of increasing crime rates. As rates of growth and distribution of income together determine the rate of poverty reduction, the aforementioned results express that the rate of poverty alleviation has a crime reducing effect.

“How cohesive a society is, how much people trust each other and are involved in community life, is an important social asset that makes a very substantial contribution to the quality of life.”
Richard Wilkinson

Extreme economic inequality is detrimental to the cohesion and safety of society at large.

“What the relationship with inequality actually demonstrates is that societies that tolerate the injustices of great inequality will almost inescapably suffer their social consequences: they will be unfriendly and violent societies, recognized more for their hostility than for their hospitality.”
Richard Wilkinson

These impacts on society are the result of what can be termed “structural violence”, this term describes a system which is embedded in the economic and political organisation of society. It results in people being placed in positions of deprivation and and being restricted access to the benefits of social and scientific progress based on social status.

Unless we are to implement some kind of global social safety net that will ensure everyone’s most basic human needs are meet, we will still see situations of severe poverty all over our planet. Apart from some kind of safety net, the only other option is full employment and for as long as we have used a form of money this has never been accomplished.

Even if we were to miraculously find a way to achieve full employment what would these people be doing? If we were to continue to produce the vast quantity of goods we do now, we would only be setting ourselves up for extreme environmental failure. A debt free money system fails to even begin to consider this. Do we really need fifty different types of claw hammer for little more reason than keeping people employed, or cheap plastic toys to have in Happy Meals?

Is there suddenly a motivation to produce products to the best of our ability, which last, and when the need arises to have them replaced to be recycled into new products? Not if we want to keep everyone employed, imagine what would happen if we started producing any commercial product to the highest standard. It would only be a matter of time before an entire industry of jobs fell away to near zero employment.

What about advancing technology? I guess we better put the brakes on, seeing as machine automation is set to replace almost any menial and a growing number of technical jobs currently being done by human beings. Better to be putting toothpicks in a box for $10.00 an hour than to be unemployed scraping a meagre living off the charity of others.

There are two technologies coming fast which will cause unemployment on a level never before seen, it hardly takes a wizard to work it out.

Automated vehicles, got a job driving, you can kiss it goodbye, income from parking fines; traffic infringements: licensing: driver training: as well as all the jobs supporting those industries, not looking so good I am afraid. Insurance and collision repair, there go a couple more employment roles.

No more centralised power stations; power lines: or jobs servicing those sectors. Remember those automated vehicles? How many of them can make use of electric engines? Working making combustion engines for cars; buses: motorcycles: might want to consider your next employment move, producing mufflers; spark plugs: gas tanks, working in a garage repairing combustion engines or at a petrol station, looks like more work that won’t be needed.

Now perhaps these technologies are still ten years away, it might pay to really start thinking about the impacts now, because if we don’t and we just carry on business as usual the impacts from the resulting unemployment will be far from pretty. These are only a few of the uses of a couple of technologies and they would impact on entire industries causing many millions some serious employment issues. It only takes a quick internet search to understand the current level of our technical ability and to see what is coming.

Perhaps we could all get jobs being creative, whatever that is supposed to mean? Creative doing what, how much do people get paid for being “creative”, does it depend on what or how much you create? Are we going to have a society of several billion people employed to be “creative” as some kind of charity so we can continue to “bring home the bacon.”?

We are not simply facing a debt crisis, it is just not that simple; we have severe inequality; environmental degradation; biodiversity loss; extreme levels of waste; pollution: and a very serious issue of impending resource scarcity to name a few. Everything we currently have relies on oil. When it runs out, we will have an entirely new ball game on our hands.

Debt free money can certainly deal with the debt issue inherent in our current monetary system, that can not be denied, but it simply does not address the real problems.. We can not continue to tiptoe around the serious issues we face hoping they will go away.

They won’t, and if we don’t start making it a social imperative to address those issues soon we are really going to suffer for it. We have tried enough band aid solutions, it is time to take a good hard look at our society, checking it against scientific understandings and dealing with the root cause problems which are manifesting the many symptoms we are exposed too.

This is no longer about uneducated opinion and guesswork, we have the knowledge, it’s time to use it.