Automation Will Change the World Sooner Than You Think 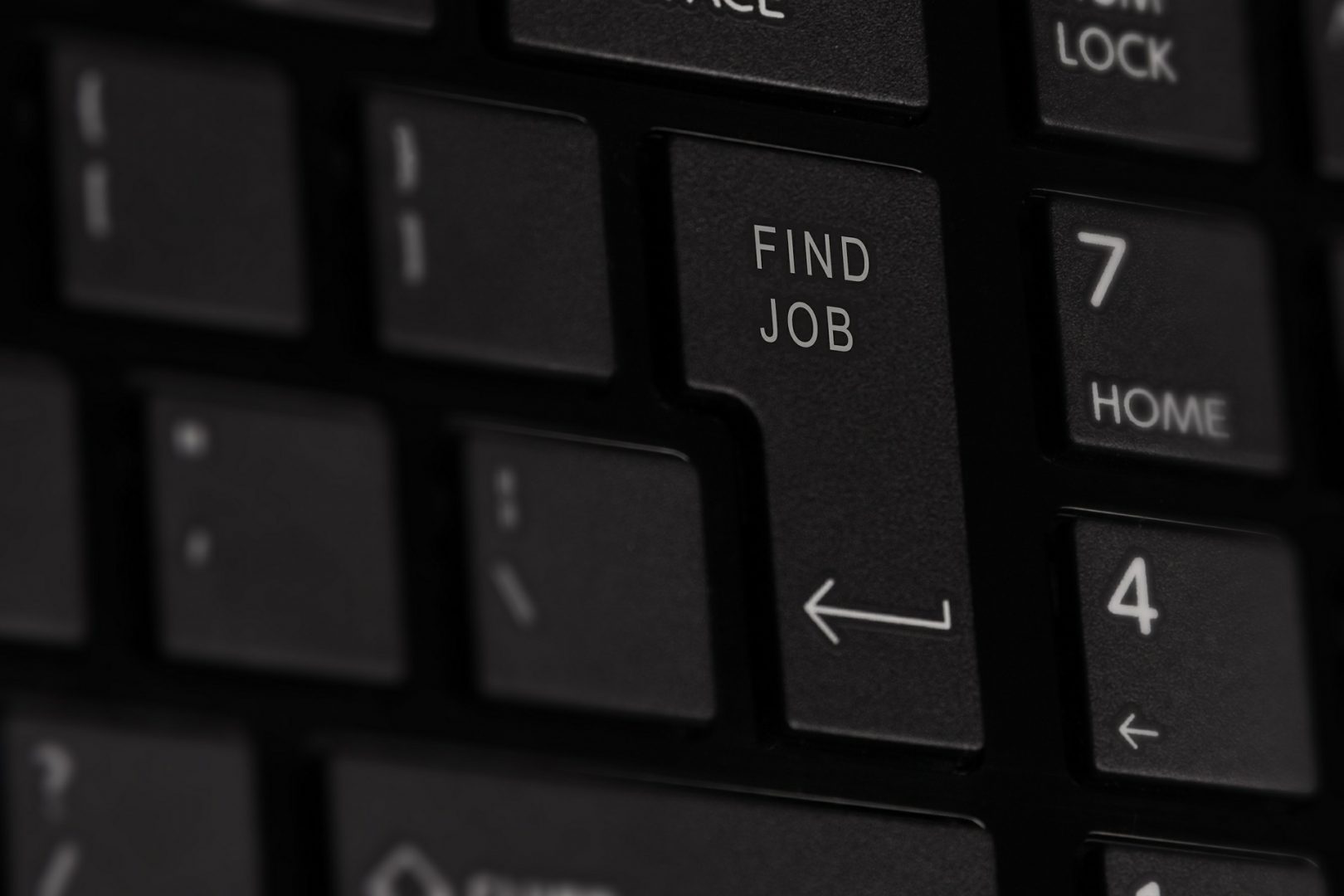 “The Lights in the Tunnel” by Martin Ford explores the implications of the increasing automation of labour. It begins by visualizing the world economy, and how it will change as automation increasingly eliminates labour. Many commonly held beliefs are dispelled throughout the book with convincing logic and some unquestionable evidence. This is not something we can afford to ignore. Even without the current rapid advances in technology or full artificial general intelligence, automation is going to have some significant effects on society, and it is going to happen sooner than you think.

The Reality of Automation

This is not science fiction. Far-off notions of intelligent androids performing our every wish are the least of our worries. Automation is set to displace workers in many areas with little advance in technology. With profit as the incentive, it is only a matter of time.

Much of this displacement is simply a question of design. For example, automated checkouts are not intelligent, they’re just interfaces. Many jobs can be replaced by pre-programmed interfaces. The service industry is already seeing this happen. Other industries can be replaced by large databases (specifically knowledge based work such as General Practice and Law).

You might be reassured by the belief that “Robots can’t do everything”, and that until the day they take all the jobs, or perhaps just your job, you don’t have to worry about it.

As the video “Humans need not apply”  points out, robots don’t need to be perfect, they just need to be better than us. Human drivers kill 40,000 people a year in the United States alone, automated vehicles will be much safer. Your robot vacuum cleaner might miss the skirting boards, but it doesn’t matter, it saves hours of work and goes over the same spot dozens of times leaving it cleaner than you would have.

Also, automation requires software, and software is built from libraries of other software. Once developers have built software to perform a task, that software is then available to other developers to build on. Once a problem has been solved, it’s solved forever. The solution can be improved but you never need to go back.

So with automation being even better than perceived, and problems being continuously solved, it’s only a matter of time before automated solutions take a large proportion of jobs.

This becomes a problem, not just for the individual, but our entire economy. The entire system of consumerism depends on the majority having jobs. There is in fact a tipping point, a point where there are not enough people earning an income to sustain our current system.

With no buyers, there can be no sellers. The lack of consumer confidence will result in less demand and businesses will be less likely to take on more staff. The economy will embark on a downward spiral of unemployment.

This, of course, is not just a problem for the average worker, but for the rich elite, who will no longer have a market from which to make their fortune. Not only will less workers be bad for the economy, but with the massive drop in income tax revenues, even public services are set to be hit hard by the coming unemployment tsunami.

Nobody will be safe. Even cheap labour jobs in countries such as India and China cannot sustain their level of growth once automation hits critical mass, partly because they rely on Western prosperity in the first place, but also because their jobs will also be subject to automation, both in the west and in developed countries.

Then there is the misconception of the “Luddite Fallacy”, the belief that the economy will always create new jobs, and advancing technology will continue to create new industries for displaced workers.

Martin Ford’s argument is that accelerating automation technology will ultimately invade many of the industries that have traditionally been labour intensive. He also argues that any new industries that are created by these advances are unlikely to be labour intensive, focusing more on capital and expensive equipment – take Google’s extremely low staff number compared with its income as a prime example.

Therefore, our fate is sealed – and the idea that every individual must “earn their living by the sweat of their brow” is all but obsolete. Ironically, it is capitalism that has led us to this transition.

There was an interesting point made in the book: This concept of “free labour” has happened before.

The slave trade in America was active for over 200 years. It made slave owners rich beyond their dreams, while poorer whites, unable to compete against free labour, lived in abject poverty. So how did it continue for 200 years, with so much poverty? Well, the slave colonies relied on exports. There was a constant flow of new money from overseas.

A system that depends on external resources can only increase its prosperity as long as the external resources continue. Today, we function under the illusion of separate countries trading with each other, but in essence, the whole world is the market, so really there is nobody to export to. Growth in this case can only come from inside the system – from more of the Earth’s limited resources, including labour.

Today, we are the slaves. Although we are paid, our money is simply to drive the system of consumption. It is what allows the producers to grow. At first, this sounds like a good thing. Essentially, the corporations provide us with value.

The problem becomes apparent when we realize that the system relies on us as much as we rely on it.

The labour of the working classes feeds this system. This is why we are, in effect, forced to work.

We need to consume to live, but to consume, we must work. This system, where producers are also the consumers, relies on itself to function. Production drives consumption and consumption drives production. Break this cycle and the system cannot continue.

A World Without Jobs

The reason this is so concerning, is that our automated future will decouple production from consumption. Things can still be produced, but there will be no way of affording it, because we won’t have jobs.

How can we have production if there is nobody to consume?

While Martin Ford does a great job of identifying the problems of automation in the current economy, most of his solutions are fundamentally flawed. One suggestion is an overwhelming “Robin Hood” style government welfare system that taxes producers to allow the consumers to continue consuming. He says that even the most hardcore libertarian will have to agree to this, as without it, there will be no market to which any business can sell its goods.

He explains that in this system, there would still be incentives for people to do good for society for example, and capitalism would still reward those who become the best producers.

However, it soon becomes clear that many of the problems of capitalism (relentless growth, inherently aberrant behavior, destructive affluence etc) are still not addressed in his suggested solutions.

Regardless of Martin Ford’s suggestions, we cannot ignore the most pressing implication of the decoupling of labour from the production/consumption cycle. That is, the elimination of the assumption that everyone must work.

This is a profound concept that will have significant implications on society. Without a job, how can one survive? If not everyone has to work, why should anyone? It wouldn’t be fair if some people went to work and some didn’t.

What do we do when the lack of employment combines with technology and actually removes our requirement to work? For example, when our essential amenities are provided for free by renewable-energy-powered, fully automated farms, house building machines, and more, and the masses suddenly realise that work is no longer obligatory – we will see a near instantaneous collapse of the labour based economy.

These imminent tipping points will force us to rethink the roles of humans in the economy. This is perhaps the most pressing issue in our transition to a new kind of economy.

Luckily, the world is changing, and changing fast. We are seeing more and more possibilities, game changers, emerging ideas. The Internet is opening up new landscapes of economic paradigms (AirBnb, Netflix, Uber). Movements are forming that no longer participate in the current economic system, such as collaborative consumption and peer to peer systems. Technology is enabling people to manipulate the system to their own ends. Some have suggested the eradication of money altogether.

The movement towards a new system, a system where producers and consumers are no longer the same thing, where jobs are no longer obligatory, is already in progress.

With the very survival of the working and middle classes at stake, the question is whether a new system can be built in time.

The Final Crash Of The Economy

The Future Farm is Vertical