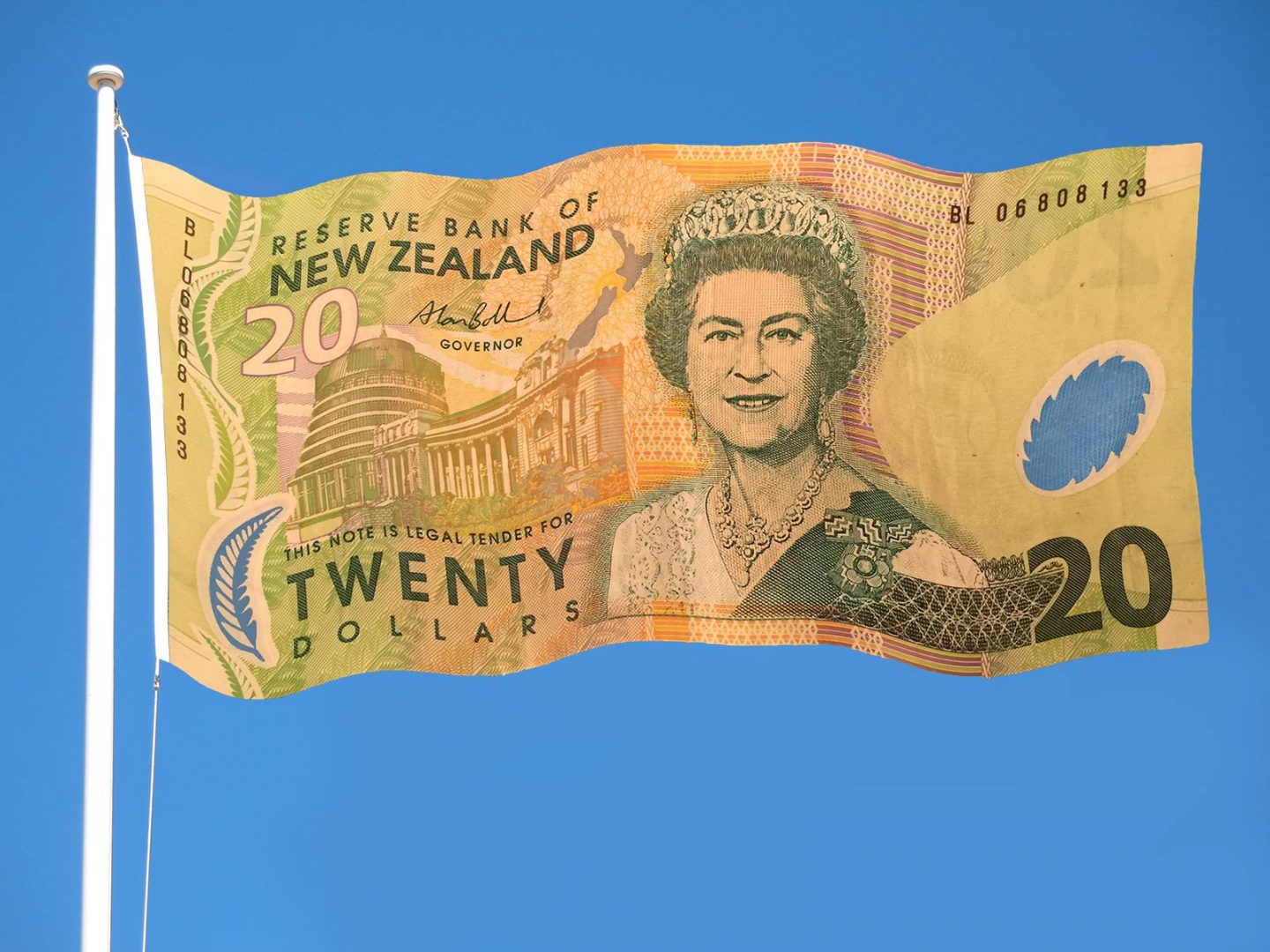 As the commonwealth country abstractions impose the celebration of Queen Elizabeth II’s record-breaking reign of terror, New Zealand is currently going through the growing pains of deciding whether to upgrade their piece of coloured cloth which serves to truncate the people’s world perspective to an abstraction created out of thin air.

“Flags are bits of coloured cloth that governments use first to shrink-wrap people’s minds and then as ceremonial shrouds to bury the dead.”
Arundhati Roy

Many educated, intelligent people are now putting forward highly intellectualised and mostly internally sound arguments for one side or another as to the merits of this stage of the New Zealand abstraction’s evolution. Of course, there is much outrage – including the absurd idea the new cloth should not look like a corporate logo (what other purpose does it really serve?) – to the fact that many indoctrinated young men from the past apparently fought for what they thought the prior piece of coloured cloth represented. However, the most infuriating issue to me though is the so-called outrage at the monetary cost of the two referendums to decide on the eventual new design. Officials have stated the price tag of the process is approximately NZ$23 million; and then there will be further costs to actually implement the new corporate logo as the ‘official flag’ of the New Zealand abstraction once it has been decided.

With the scarcity-driven worldview that dominates today, I can see the case for the outrage. Of course I can see the justification for it – it is entirely rational within that worldview. With growing child poverty, growing inequality, growing public/private debt, cutbacks to health services – and many other issues which dominate the corporate press and ‘left’ blogs in New Zealand (too numerous to name at this point), there are very sound arguments outlining how it is ‘a waste of money’ to impose two referendums onto the general public to upgrade the design of an imposed corporate logo cloth that apparently represents the New Zealand abstraction’s ‘freedom’.

Yet, at the same time, the Reserve Bank of New Zealand is spending a massive NZ$80 million on redesigning the imposed obsolete coloured-paper economy mechanics, which keeps the market board game operational. This cost is four times as much as the cost of a new flag. Of course, I’m talking about printing new money with new so-called modern designs. Following the same logic, where’s all the outrage for this? None. Ignorance reigns. The details of this redesign have also been in the corporate press, but as this is seen as “natural” and as “a necessity”, the logic of this ‘waste of money’ is blinkered out by most. The ‘new flag’ distraction has taken centre stage.

The justification for the new imposed coloured paper economy mechanics is that they are upgrading these mechanics to “modern technology fit for the next 10 or 15 years“. The true gravity of our current global condition is if the obsolete monetary paradigm is still in place in 15 years, all degenerate trends we are seeing will have deepened exponentially.

“The global corporate experiment has failed. Existence on earth is in rapid decline on every level of life organization. The air, soil and water cumulatively degrade and disappear; the climates and oceans destabilize without connection; species become extinct at a spasm rate across continents; pollution cycles and volumes rise endangering life systems on all planes in synergistic despoliation; the world’s forests, meadows and fisheries are cumulatively destroyed by the profit drivers of globalization; food pollinators, songbirds, coral reefs and large animals crash in unconnected response; public sectors and services are defunded and privatized as tax evasion by the rich multiplies; the global food system produces more and more disabling junk and wastes; non-contagious diseases multiply to the world’s biggest killer; the global financial system issues money out of control while collapsing in productive investment; the vocational future of the next generations is erased across the world; official lies and corruption are normalized as public relations. All the trends are one-way, all are degenerate, and all are undeniable. Yet where are the dots joined across domains? The common cause is taboo to name.”
Dr. John McMurtry (Author: The Cancer Stage of Capitalism”)

Is this the ‘freedom’ our trained killing machines (soldiers) fought for? Freedom means no accountability to human and world life, while competition means competing to externalise all costs onto the lives of citizens and environments as fast as possible. Does a piece of coloured cloth or a piece of coloured paper really mean anything in our physical reality if it has no concrete life-value in and of itself? Do people actually believe the digits on screens representing their ‘retirement savings’ will somehow be able to magically manifest their means of life if the air is unbreathable?

Implementing true ‘modern technology’ would be actually replacing this archaic system of Earth management with a modern planetary operating system that’s actually capable of supporting us over generational time and hence capable of facilitating the maintenance of a habitable planet. The movement of coloured-paper (and its digital equivalent) provably cannot do that – it’s nothing more than a religious belief imposed by culture that gives “value” to these symbols. The current model – market capitalism – is rooted in 16th Century pre-industrial handicraft oriented thought. It places the act of consuming, buying and selling as the core driver of all social unfolding, and the sick world you see around you is the result.

All planetary life-support systems are in rapid decline, no peer-reviewed journal in the last 30 years will tell you anything different, every life-support system is in decline. We are currently using the Earth’s resources 50% faster than the Earth can replenish. Ironically, the market system justifies its existence by the recognition of the need to manage scarcity; but due to its structural mechanics, it actually promotes and rewards infinite consumption. Yet this is unseen.

The flag debate in New Zealand is serving its purpose well: shrink-wrapping people’s brains and keeping them distracted in their little box; while our life support systems are all being predictably dismantled to fuel the pathogenic “growth” inherent to the market board game. In reality, this anti-economic system actually destroys more means of life than it produces, yet is assumed by most to be “ever more productive”, even by angry unions who bargain on the basis of more productivity; and ‘productivity’ is only producing for this cancer system. Workers and left thinkers may no more want to see this than the corporate press, as their livelihoods depend on the delusion.

On one hand, I commend the New Zealand abstraction’s public for getting behind a discussion for the need to evolve beyond a corporate logo cloth that is from traditions of days gone by. Queen Elizabeth has been one of the largest welfare recipients on the planet for the past 63 years and yet still has no benefit sanctions. On the other hand, I shudder at the mass naivety and mass ignorance that is so rampant in respect of our obsolete scarcity-driven economic model and the false presupposition that you can actually ‘green’ this system.

As long as we continue to externalise our ‘value’ onto metaphysical symbols of what we ‘believe’ these symbols represent, we have a very difficult road ahead. What is needed is the recognition and intelligent management of our Life Capital. In the current system, Money Capital is all which computes. You cannot eat money. You cannot shove it up your nose and breathe it. But as the air we breathe grows ever more toxic, the reality of our current condition is unseen; and the imposed self-maximising insanity continues unnoticed, still successfully masked as ‘freedom’.

“Nationalism is an infantile disease – it is the measles of mankind.”
Albert Einstein

Knowledge wins in the end, but not until it is known. Once implemented, what exactly will a new piece of coloured cloth really represent to future generations? Will it represent the supreme failure of this generation to think outside the four-corners of a piece of cloth and recognise our current global cancerous condition? Will it represent our naïve reinforcement of the archaic Nationalism disease? What did the men who died in the past wars that we impose a ‘respect’ for every year really fight for? Wouldn’t it be more respectful to these people to think outside our conditioned box and actually adapt to the emergence of new information?

What is the real ‘cost’? It’s just a piece of cloth. It’s just coloured paper.

Frustrated with the absurdity of this imposed archaic planetary operating system still endured in the early 21st Century, Scott believes true change is inevitable as this system continues to break down and the bio-social pressures increase.