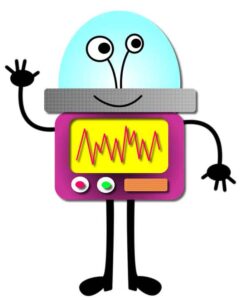 The robots are on the way in and our jobs are on the way out. Machine automation is on the verge of rapidly displacing many thousands of jobs currently being done with human labour and if we don’t drastically alter our economy to accommodate such change we will be faced with impoverishment on a scale never before witnessed.

Technologies which can replace the human labour force are not scifi dreams of the future. They are automated transport, 3d printers, algorithms and all manner of automated machines to take over the manufacturing sector, warehousing and the service sector. These technologies already exist it is just a matter of time before they are fully implemented, so how would full adoption of these technologies impact on the Australian workforce?

In this article I am going to look at two technologies available today and try to examine what impact their full adoption could have on Australia in our current job market. Those two technologies are electric engines and autonomous driving. To do this I am looking at data presented by the Australian Government on Employment by Industry from 2016.

Before we can properly appreciate the impacts of autonomous vehicles on employment we need to first understand them and how they operate, we need to look at and gain at least a basic understanding of the systems controlling the vehicles.

I will be brief here as I have covered the systems which control automated cars already in “Who an Automated Car Should Kill is the Wrong Question”. There are basically three main systems gathering and correlating information which allow the automated car to navigate the real world environment.

The systems are a standard GPS which allow the vehicle to be aware of its current location, plan a route from point A to B and have basic traffic condition information. A DGPS (Differential Global Positioning System) which is a fancy way of describing the radar, lasers and cameras positioned around the car which offer it real time information about the immediate environment it is in. The final system is the computer which integrates all the data together and uses it to manipulate the speed and direction of the vehicle on the road.

These vehicles integrate and use the data they collect at a rate of 1GB per second, outperforming the most skilled of drivers, and unlike humans these vehicles are not easily distracted by phones or noisy passengers.

Automated vehicles are already here, they are not being used to their full potential nor are they in every driveway, yet. But as time marches forward they will become more prominent in our society, and as they are seen to be safer and more reliable than human controlled vehicles they will become much more widely accepted, even demanded.

Automated vehicles cover a wide range of transport, from goods transport on large interstate trucks to taxies and everything in between. While an automated ambulance will still need paramedics, an automated taxi has no need of an on-board employee. Automated interstate trucks might carry a single mechanic in a  convoy, but a mobile mechanic would probably be sufficient for trucks moving around a single city. This is where we get to another aspect of technological unemployment which some may not have thought about.

Electric engines do not have many moving parts, there is much less that can go wrong with the engine itself so breakdowns could be expected to occur less often, and it would be likely that a breakdown would require the services of an auto electrician, not a mechanic in the traditional sense. For those who may not yet be aware, Tesla’s electric semi truck is due to be unveiled in September 2017, six months from now.

These two technologies have large impacts on multiple sectors of the Australian job market.

In 2015 there were 173,000 truck drivers, 39,600 automobile drivers and 34,400 bus and coach drivers. Full implementation of automated driving could increase unemployment by about 247,000 in this one sector of the  Australian economy alone.

There were also 100,700 motor mechanics, the use of electric engines would likely reduce that number by eighty percent, or a loss of  80,560 jobs. People still need to change brake pads, for now. Metal fitters and machinists making parts for combustion engines would also experience job redundancy impacting about five percent of the 117,200 employees in this sector, or 5,860 job losses.

With automated vehicles being much less likely to be involved in accidents there are several more job sectors which would be impacted significantly. As of the 2016 jobs data there were 15,400 panel beaters employed in Australia, a serious reduction in road accidents through the adoption of automated vehicles would likely result in job losses to eighty percent of this workforce. An increase of about 12,320 people to the unemployment line. We could also expect to see job losses in the auto insurance industry as not only will car crashes become far less common, it is also difficult to steal a car which drives itself. It’s likely that the manufacturer of these cars will be required to take responsibility for their functionality and hold some type of commercial insurance covering all their vehicles.

With less road accidents also comes less pressure on Doctors and hospitals. The O.E.C.D. International Transport Forum found in their Road Safety Annual Report that for the year 2010 in Australia alone there were 1,353 fatalities and 32,775 people hospitalised as a result of traffic accidents. Not only would a reduction in these numbers through the adoption of automated driving save lives, it would also reduce strain on an already heavily over stressed hospital system.

The same O.E.C.D. report put the financial costs of road crashes beyond twenty seven billion dollars in 2006, the latest available data on financial costs in the report. The Australian Institute for Health and Welfare found that in the 2006/07 year healthcare made up 9.1% of GDP with a total spend of one hundred four billion dollars. A reduction in traffic accidents would inversely remove a significant amount of money for the nations gross domestic product. 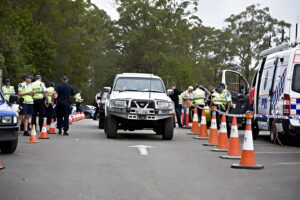 At the state level automated cars would dramatically reduce income from infringements and licensing. ABC News reported that between 2014 and 2015 South Australia alone issued one hundred seventy four million dollars in traffic offense fines, with automated cars designed not to break road rules Australian states could expect to lose a dramatic amount of revenue from infringement notices. As these cars have no need of a human driver the entire driver licensing industry would be obsolete, and because the cars could drop passengers where they were going and then return home income from parking cars would also be dramatically reduced. This is where automated cars can be a double edged sword, while they can save lives they can also take billions of dollars out of the economy as a result.

Automobiles with electric engines don’t need petrol or diesel. This makes the traditional gas station obsolete, while they may be replaced with quick charge stations there are further downstream job losses in the oil refining sector.

Without being able to quantify how many jobs may be lost in oil refining or the medical field, if any, we can comfortably say automated electric vehicles if fully adopted would cost at least 345,000 jobs to the Australian economy. This means any real conversation about these technologies, with the potential to save lives and reduce the impacts of climate change, need to include what we do about serious impacts to unemployment.

We will need to decide what matters more, human lives and the health of the environment which supports our lives, or jobs and profits? It is well past time to start having a conversation about fundamentally altering our system of economics.