Everything on and within it are interconnected and in a symbiotic relationship with each other, people are part of a greater system, not separate from it, we do not go to nature, we are nature. 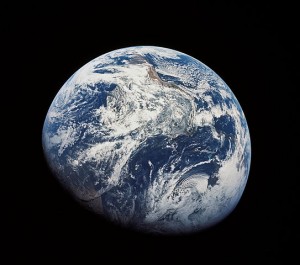 The view of our planet from space is nothing short of magnificent, a ball of rock, gas and liquid suspended in the emptiness of space, sustaining and protecting life from the hostile environment which surrounds us. One could be forgiven for expecting that caring for our home would trump everything else, for currently this is simply not the case; Our chief concern appears to be with sustaining “employment” and “monetary economics”, everything else takes a back seat, even the health and wellbeing of our only planet, our solitary home.

While the Earth operates as a single organism if you will, as a species we have seen fit to cut it up into separate pieces, divided by lines on a map, segregating ourselves from each other, claiming ownership to each part in the name of the nation state. From a primordial perspective the nation is born out of the evolution of human beings identifying with groups, be that ethnic or otherwise, which forms the foundation of the nation state.

The nation is reinforced by nationalism. 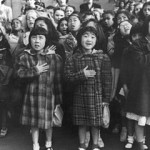 We are conditioned through our early years at school to identify with our national anthems, to hold in high regard our national flags and that we must be prepared to defend our drawn-on-a-map borders with our very lives.

Our nations must be seen not only to be functioning separate from but to be better than the others. If another nation should find it is in difficulty for one reason or another, helping that nation is seen as an act of goodwill coming with conditions, rather than as an obligation to share and work together.

Nations that do not operate under similar social rules to our own can be regarded as evil, or a threat to our national security. We construct large armies to defend ourselves and our nations from each other, make demands of other nations under threat of violence, and create excuses to invade other nations in order that we may secure resources.

It all makes sense to us, we have been raised this way.

With our rampant national fervour we have lost the understanding that we are all human beings born of the same planet, and have allowed ourselves to be further separated into races.

Science shows us we have more in common with each other than do we have differences to divide us, yet we persist with our racial dogma, conditioned through media, government policy and a general lack of understanding. Our continued subscription to nationalism fuels our race division, it allows us the comfort of being able to separate ourselves from those other people, to blame or be suspicious of people based on race.

We still do not view war in the Middle East as a human problem, there is a tendency to view it as an Arab problem, or more recently a Muslim problem. Dividing people by religious belief has allowed us to be critical of people across racial lines, however the greatest judgments and suspicions remain reserved for people with brown skin. We appear to have a real problem with melanin levels across our species.

Our racial separations and judgments do not promote self reflection. The main stream of the western populace, yet another grand division we allow ourselves, are not giving consideration to how we have impacted on regions of the world fueling instability in our quest to gather resources.

While we are waiting in line for the latest and greatest thing we need to buy, we are not in deep thought about our addiction to coltan or oil. We are not contemplating our impacts on people in “other” countries. Our nation fostered relationships with corporations which used imposed imaginary numbers to buy these resources. If those “other” nations can’t enact laws to ensure the responsible distribution of magical numbers then that is hardly our problem.

While we see ourselves as separate, while we cling to the notion of nationalism we will not be able to resolve suffering which we know full well should not exist. Like the garment workers of Bangladesh, if those situations were prevalent in “our nations” we would not stand for it. However because the condition is far away, because we can separate ourselves from it through national prosperity we will continue to support it by purchasing the products.

When the issue is local, in our backyard, we are more than happy to stand up and demand better treatment. It is not difficult to imagine a product boycott on a national scale in solidarity with local workers. Yet have corporations disrespect people outside of our nation’s and suddenly it is not such a big deal, as we feel removed from the treatment, our nationhood is not being imposed upon, it’s those other people, it is their problem. So we stand in line to buy the product, compounding the problem.

For decades some of us have lived the highlife off the back of so called developing nations, our first world countries have taken advantage of poorer nations, offering them loans being fully aware repayments would be far too high to be maintained. As a result we lay claim to natural resources, secure contracts for western corporations to harvest those resources, then ship them back to our lucky countries. We outsource labour to developing nations, taking full advantage of a lack of regulation. This is not some happy accident, this is taking advantage of people for profit and corporations get away with it because it is not happening in our backyard.

Nationalism shields us from this, it encourages us to concentrate on local issues, to not look too hard at international situations, to continue to see them as separate, distant, unrelated to our behaviours and beyond our abilities to impact on. We may be aware of a war on foreign soil, of people being subjugated to bonded labour or vast disparities between nations. Yet we tend to be far less informed when it comes to our nation’s foreign policy which may well be exacerbating a situation or worse directly causing it. While we are concerned with employees in our nation’s earning a living wage we tend to be less well informed about the way the corporations we support with our dollars at home are complicit in taking advantage of workers on foreign soil. We love our cheap goods and the human cost of overseas workers is not something we are really ready to deeply consider, never mind act on. We are concerned with illegal immigrants or economic migrants flooding into our land of plenty, not with how we have a land of plenty at the expense of the people who are now trying to gain entry into our worlds of opulence. We have our own serious problems to deal with, like earning a living wage, you stay over there and clean up your own mess we made for you. Oh and when you do be sure to keep sending us your stuff at low cost, we would not want to have to liberate you.

A species which finds reason to justify division of itself also finds reason to justify suffering amongst itself. Until we can put down our flags, remove ourselves from the notion that our planet is the property of governments, corporations or other people, we will continue to be unable to deal with the suffering in our human family. We will find every reason under the sun to let it all continue. If we should hope to move forward as a species then we will need to abandon the national ideology of our forefathers and embrace our human family on a global scale, appreciating the symbiotic relationships we are in with each other and our planet.

How Nationalism is Obsolete
Related posts:
The Unemployed Represent The Failure of our Economies
The Elite Only Have the Power We Give Them
Our Refusal to Acknowledge the Real Problems is Destroying Everything
Labour Pains of Social Change
A like is great,but a share goes further. 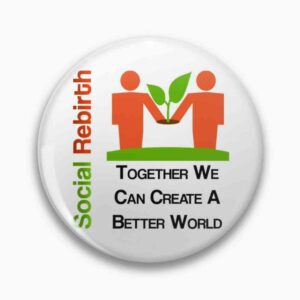