How the Environment Plays a Pivotal Role in Human Development

Twenty-three year old Oxana Malaya is a very confronting case and point when it comes to how our environment plays a key role in our human development, born in the Ukraine on 4th November 1983 to alcoholic parents, by age 3 Oxana was abandoned and forgotten about, left to be raised in the backyard with the family dogs. She would remain in the care of dogs for the next five years until she was 8 years of age and a neighbour finally reported the situation to local authorities. The doctors that would treat Oxana were presented with a child that would move around on hands and knees, scavenge for food, eat and drink like a dog and bark. The case is heartbreaking and although there has been progress in relation to speech and accepted human behaviour Oxana cannot add and has the mental capacity of a six year old.

This clearly demonstrates there is an environmental influence in regards to human development and  although the influences on the majority of our lives may be much more subtle they are certainly present. Our social environment is reinforcing negative behavioural patterns which as a result are further deteriorating our social environment perpetuating the cycle. Our environment plays a pivotal role in our biological, both physical and psychological, development.

“One of the times when we are most susceptible to the influences of our surrounding environment is when we are developing as a foetus in our mother’s womb.”
Dr Pampa Sarkar

Evidence shows medicines and social drugs, such as cocaine tobacco and alcohol, may cause functional and/or structural developmental deficits with the potential to result in lifelong physical and/or mental handicaps. 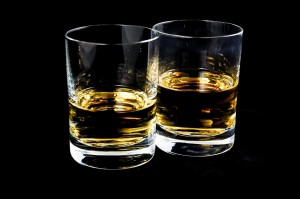 Alcohol easily passes the placenta and enters the foetus via the umbilical cord, the blood alcohol level of a foetus can be much higher than that of the mother and because the foetus can not break down alcohol as efficiently as an adult, the blood alcohol level will remain high for much longer. The brain and central nervous system of the developing foetus are extremely sensitive to alcohol and can suffer permanent damage. Children affected by alcohol during foetal development may be slow to learn, speak or walk, exhibit behavioural problems, such as nervousness, short attention spans and have malformed internal organs.

Medicines and drugs are not alone in relation to having impacts during foetal development which last throughout adult life, less socially understood are the impacts of stress endured by the mother during pregnancy. Mothers being stressed during pregnancy can result in elevated levels of the hormone cortisol being present in the amniotic fluid from as early as 17 weeks, these elevated cortisol levels have been matched to levels present in the mother’s blood. Amniotic fluid is primarily produced by the growing foetus and is a direct reflection of substance and hormone exposure by the foetus. Research suggests  elevated cortisol levels can have long term effects on both development and behaviour.

“When the mother is stressed, several biological changes occur, including elevation of stress hormones and increased likelihood of intrauterine infection…The foetus builds itself permanently to deal with this kind of high-stress environment, and once it’s born may be at greater risk for a whole bunch of stress-related pathologies.”
Dr. Pathik Wadhwa 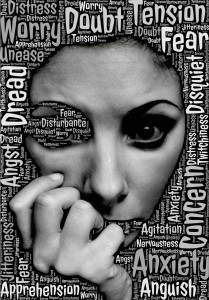 Epidemiological (branch of medicine dealing with the incidence and prevalence of disease in large populations) studies show that exposure to elevated levels of stress hormones in utero is more likely to lead to chronic health problems later in life. Some recent studies also suggest this type of foetal stress can affect a baby’s neurobehavioral development and mothers that experience high levels of stress, particularly in the first trimester of pregnancy, have infants which show signs of depression and irritability.

There is clear evidence that foetal stress very early in the pregnancy term leads to an elevated probability of reporting diabetes later in adult life, people born between October and December of 1918 in Spain, which correlates with the Spanish Flu Pandemic, had a 51% increased risk of having a kidney disorder.

The Effect of In-Utero Conditions on Long Term Health: Evidence from the 1918 Spanish Flu Pandemic

Within the first three months of pregnancy tissues and important body systems are developing in embryo and negative influences on the environment of the womb will have detrimental impacts on basic structure and form of the body. This can also lead to serious effects on the nervous system. Rubella, for example, contracted during the first trimester of pregnancy is likely to result in a child with abnormalities such as; heart disease, cataracts, deafness, or mental retardation.

This information can be confronting to many who may yet not be prepared to investigate and try to understand the research which has been done in this area. Of course the environmental impacts are not restricted to pregnancy and the influences our environment has on us post birth can be somewhat easier for many to acknowledge. Environmental influences are constantly altering our brains development; early infancy is a crucial time for our developing brains and as a result is a period when our environment can have very dramatic impacts. 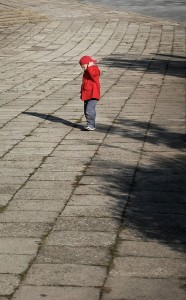 During the first year of life the human brain increases in volume more than at any other time in life, growing from 400 grams to 1 kilogram. For the first two years of a child’s life synapses are created and culled by the developing brain regulated by the environment depending on the information received by the brain. While handling, being visually responsive, and talking to a young infant will promote the generation of new synapses, the lack of these experiences will result in the elimination of synaptic connections. Neglect and lack of environmental stimulation in the early years of brain development can lead to permanent deficits in cognitive ability. This is termed as experience expectant development, meaning if the brain does not receive expected environmental stimulus developments specific to those experiences will not develop. As an example visual acuity will be irreversibly reduced if an eye is deprived of visual input during the critical period of development.

We also have experience dependant development; here development is triggered by environmental triggers that are not anticipated by the brain, such as learning a specific language and are specific to the individual. Experience dependent development continues throughout life, and is why the brain of a musician will differ from that of an author, as they have both exercised different brain regions throughout their lives.

The idea that our genes determine development has been dis-proven, what is now understood is our environment plays a critical role in the activation, deactivation of our genes and is termed as the epigenetic influence of the environment on gene expression. It is in our society’s best interest that we promote and reinforce positive experiences for our children and extend emotional and physical support to pregnant women and parents, so our developing future generations are afforded the best possible developmental outcomes and can grow into adulthood reinforcing positive social behaviours, which will continue to support healthy developmental outcomes in their own children.

“You cannot predict the outcome of human development. All you can do is like a farmer create the conditions under which it will begin to flourish.”
Sir Ken Robinson