The influences that surround us drive our experience by moderating the information presented to us. This unique combination of information shapes our own personal world, constructs our reality.

If you follow fashion, you want the latest clothes. If you watch mainstream news, your world is fear and celebrities. If you’re an activist, your world is full of problems that you must fight. It’s never that black and white of course, we all have varying degrees of exposure to different outlets. We are all influenced in diverse ways, but the majority of people have significant exposure to “mainstream” culture, so this is the prevalent influence in most societies.

As our realities are molded, we adjust our beliefs, opinions and perceptions based on this reality, allowing ourselves to be changed by this external influence. As well as losing sovereignty of our minds, we are allowing certain entities, namely news agencies and curators such as Facebook, to influence our realities and control our perceptions.

This is dangerous, because our perceptions form the basis of our actions.

The Influence of Newspapers

It’s no secret the influence newspapers have on politics, but people continue to buy these newspapers, as this is their reality – similar to how a fish doesn’t notice the water around it. For most, what newspapers say is simply fortifying long held views, reinforced over years by the same newspaper.

Newspapers don’t advertise that they are manipulating people, they are seen as conveyors of news, fulfilling our insatiable need to kept updated. Even those writing for them don’t start with a training day called “How to brainwash our readers”, they simply work within a particular frame of reference, according to a culture long since laid down within the organisation.

Once a part of this culture, a writer or editor will simply perpetuate their own reality, a reality influenced to an increasing degree by the newspaper itself.

Social media systems add a new dimension to this influence by personalising our information feeds and supposedly giving us a reality more focussed on our interests. It might seem that this gives us some level of control over our realities but actually social media companies manipulate the way this information is selected and therefore maintain significant control over what you see – ergo – the reality you occupy.

Sometimes, it goes even further, with Facebook performing psychological experiments on large groups of their users by deliberately altering their news feeds to show positive or negative stories, and then measuring their emotions. That was the experiment we found out about. There would be little to stop them or other large social media providers from influencing people in other, even more socially significant ways.

The significance of the feedback loop provided by social media systems should also not be underestimated. By measuring our responses to the information provided, this data can be analysed and used in further experiments, to expedite even more advanced control.

The Story of Our Lives

Our societies are controlled by the distributors of information. Whether deliberately or not, their choices determine our choices. Whether acting for good or evil, they are trapping us in narrow frames of reference. It’s not even a matter of making the right choices – it’s about what choices are made available to us. They surround us with an environment of their making and our personal worlds are shaped accordingly.

Related posts:
Automation Will Change the World Sooner Than You Think
Society's Choice
The Way Out of Global Decline
Offended by Others' Suffering?
How the Media Controls Your Reality
A like is great,but a share goes further.

Who an Automated Car Should Kill is the Wrong Question 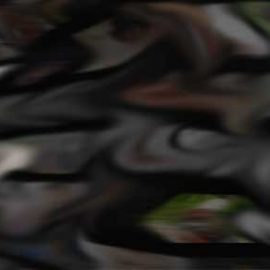