Money to Resource Based Economics: Step By Step

Transition away from monetary economics to a resource based economy will be a multi-step process. It will require a significant shift in the way we think about our planet and the interconnected relationships we as a species have with it, life in general and each other. This can be facilitated, in part, by expanding our understandings of the natural world and the information planetary and human sciences have to share with us. As an example the study of genetics is leading to an understanding that behaviour is not hard wired, the environment we are raised in and experience through life has a profound effect on all of us at a genetic level. Our social and physical environment is playing a key role in both activating and deactivating genes, this is known as an epigenetic influence or influence on top of genes.

To properly understand both how we can, and why we should, alter our social model will require at the very least a rudimentary interest in what the sciences have to teach us about ourselves and our home world.

As our understandings broaden socially it is likely we will see the immense benefit in altering our model of economics to come into line with planetary limits and human needs. As this happens we will be able to implement a plan for change which will make the transition as smooth as possible, a plan that might look something like this.

A transition from a system of distribution facilitated by any form of monetary means will require assessment of efficiencies. In order to understand and gauge the efficiency of any behaviour we will also need to collect data in relation to resource availability. Once we have an awareness of resource availability, including resource regeneration, we can test use vs. outcomes and establish an efficiency for each use of any resource. 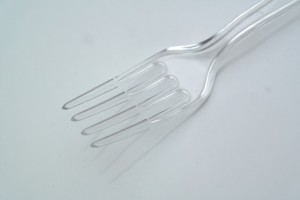 As an example we can look at oil based plastics. We know these plastics are a petroleum product derived from oil. Oil is created when organisms such as algae and zooplankton die and are buried under sedimentary rock, being subjected to intense pressure and heat. The process takes millions of years. As such a plastic fork, with its limited life span and environmentally damaging properties is likely to score a negative integer on an efficiency scale. Meaning the continued production of such an item is highly likely to be seen as undesirable and a waste of resources.

The efficiency test is not about a pass or fail, but rather a way of determining a ranking by product of what is and is not efficient. As a simple example the plastic fork would probably score poorly against a metal fork.

Identify all human needs for life in the 21st century. These may include water sanitation, food, shelter, health, communication etc. etc. Grade these needs based on life sequence value, that is to say what are the people in any particular area in greatest need of at the current time in relation to maintaining life. In one area this may be housing, while in another it is water sanitation. This process should include public polling to identify and understand what is desired by people and establish minimum required production levels.

Here we create a database of companies/organisations which are designing and/or producing items that have either proved to be the most efficient in the product range or are absolute needs. Generate design protocols which prioritize the need for ease of maintenance, upgrade-ability, recycle-ability, durability optimised against use, and aesthetic manipulation where applicable. Include automation companies which can assess and develop production sites for optimized efficiency.

Maintain an open source platform to allow designers to submit ideas and criticisms at a global level, facilitating continual product improvement and creating an atmosphere of global collaboration.

Upon completing an initial efficiencies test, assessing needs and developing collaborative design/production principles, we can determine what products are no longer needed, based on inefficiencies, product duplication and obsolescence. That plastic fork would be a very likely candidate for product termination. Just to be abundantly clear here, this is not about saying, for instance, we are not going to make phones anymore. It would be more about saying, all these complete crap phones, we won’t bother making them anymore.

Plan out what areas of production to focus our efforts on automating, with the aim of providing the product at no financial cost to everyone. We may find the construction of vertical farms and free distribution of the cultivated produce would be a good place to start in certain regions, while housing may be the best starting point in other areas, as an example.

Initiate a campaign aimed at making people aware of our social potential and explaining how we plan to get there from here. Adopt complete transparency in the way decisions are arrived at and strive to address questions and concerns as they arise. Maintain a platform which will allow people to get involved and help with the entire process. Establish a system of open learning, so anyone with interest can have access to free education and expand their own understandings in subjects which interest them.

At this stage we would have completed efficiency tests and planned out how we would prioritise industries and products for both automation and cessation of production. It is now vital to provide for people as employment roles diminish, to this end a universal basic income should be implemented which will allow people to meet their needs in a decaying financial system.

A Universal Basic Income is an unconditional cash payment to all adults, regardless of financial standing or employment status, sufficient to meet all basic needs.

Create locations where old, damaged, unused products can be returned so they can be stripped down and reusable resources harvested for newer products. All the plastic forks of the world could be returned and melted back down and used to create something useful. As we become aware of the amount of complete garbage we have produced it is highly likely current recycle facilities will be overwhelmed. Multiple new sites will in all probability be needed to cope with the influx in recycling demand over the short to medium term.

Implement production with the intention of meeting the needs of people in the local area while making people aware they can, if they choose, help with the transition process as they are freed from jobs which are no longer required. An individual working at a plastic fork factory, for instance, may choose to help with a factory fit out or planning. As each stage is brought to fruition we move on to the next product in the list of product prioritization associated with the specific area. At the same time we will be terminating the production of products made obsolete by this process.

Step Ten: Clean Up Our Mess

This step could run concurrently to step nine, being ramped up as people are freed from monotonous, laborious and unfulfilling jobs as community participation allows it. Our planet has become a floating tip in the cosmic sea for all our unused and cast away objects, the cleaning of our natural environment is likely to become a point of interest for many in society.

All joking about the plastic fork aside, even those who crusade for the illusion of choice must recognise there is a range of totally substandard products across society serving little more purpose than allowing this consumption driven model of anti-economics to continue to limp along. People going into a dollar shop, for instance, making a conscious choice to buy a cheap screwdriver would be sparsely represented across society. It is far more likely that these items are being bought out of necessity, as they are all that can be afforded by the restriction of the monetary economic system. Given the free choice between a cheaply manufactured screwdriver which would inevitably break and a screwdriver manufactured to the highest standard which would not need to be replaced, it can be expected most would choose the latter.

However there are also products that appeal to ego, which people associate with displaying success and power. Look at me in my Ferrari 1689 GTBS 50 cylinder quadruple turbo special series, how cool am I? This needs to be appreciated for what it is, a psychological disorder which is generated by a social environment that pits us against each other, as we all strive to “get ahead” in our “rat race” to the grave. Of course he who dies with the most, best, biggest toys… Dies just like everyone else, taking nothing with them.

The point of transitioning to a fundamentally different economy is not to provide everyone with adequate or middle of the road products, it is not about making everyone the same, or driving society backwards. It is about embracing our ability to create abundance, acknowledging our highly wasteful practices and focusing our abilities on producing products of a quality that many are yet to understand we are capable of.

If we take the time to step back and critically assess what we are doing, it does not take very long to come to the conclusion that we are floundering as a species, trapped in a social model which will not allow us to achieve to the level we are capable of. Indeed we find abundance and efficiency, which would elevate our entire species to the highest levels of equality, sustainability and peace are in fact the antithesis of capitalism.