Offended by Others’ Suffering? 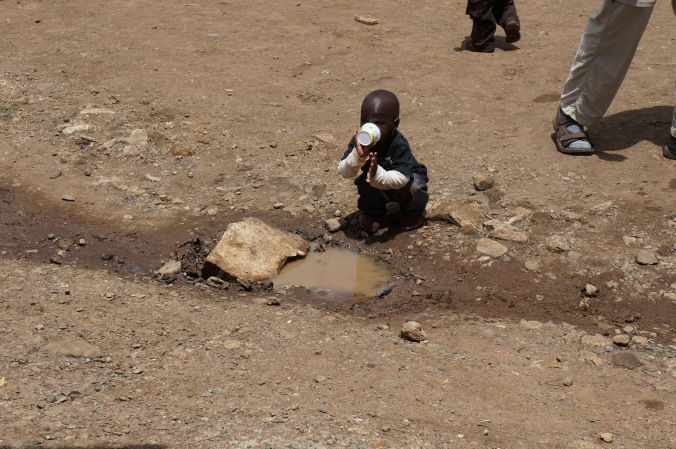 When promoting sustainability, I find the person angle to be much more powerful than the environmental. People can associate more with a suffering person or animal than a dry desert or felled forest.

Thank you for taking part in our Sustainability discussion board.

I personally also agree with your statement on presenting a powerful message on the environment. This is the same strategy the humane society uses to raise awareness on animal cruelty. However, some members have stated this image was offensive and has since been removed. This is often the case with moving images as it makes some people uncomfortable. I just wanted to let you know why the image is now missing from the site. I hope to see your continued contributions and look forward to additional feedback.

Thanks for your reply.

I’m sure those in third world countries who have had their environment destroyed as a result of our irresponsible abundance are sorry for their situation being offensive to us.

I think the problem here is that we live in a world where people being offended takes precedence over making people aware of the suffering of others.

What exactly gives anyone the right to be offended by someone else’s suffering?

On the other hand, I can see how this might be seen as using the misfortune of others to push a selfish agenda. And this is not a dig at climate change deniers, (because they’re irrelevant) it’s more that this kind of emotional manipulation is dishonest – even if the “ends do justify the means”. It’s also humiliating to those who are the subject of such manipulation.

However, this is something that charities do every day and it’s never questioned. Why is that? Perhaps it’s because charities are very clever and don’t make people feel guilty about their own lives. They show people suffering but never imply that we’re to blame. If they did, they’d never get our money.

So it seems the reason that people find these kind of images offensive might be because, without realising it, they are feeling guilty for their first-world lifestyle. Of course most people won’t realise that their way of life is supporting a system which is the direct cause of this poverty. More likely they are just overwhelmed by an uncomfortable truth – there are people worse off than them. So they claim they are “offended” when really they are just feeling guilty and are projecting that guilt as “offense”. To alleviate this guilt, they remove the “offending” items from their view.

Unfortunately it is the ignorance and/or arrogance surrounding this “offensiveness” which is the reason we have poverty and environmental degradation in the first place. If people were unable to hide behind their irrelevant, politically correct sensibilities, they might start taking responsibility for their actions.

The Conversation We Don’t Have But Desperately Need