This is an open question to any leader, treasurer or candidate of any political party in the world.

Our planet is finite, has bounds or limits in regards to the temporal spans of the human experience, being corroborated by measurements of biocapacity,  the ability of an area to produce resources and absorb waste.

We are currently in ecological overshoot, the amount of resources we consume annually and the waste we produce is exceeding biocapacity by about fifty percent. Our ecological footprint is one hundred fifty percent that of the biocapacity of our planet.

Global consumption patterns which drive the capitalist economic model, the dominant economy on our planet, generating vast financial wealth to a steadily decreasing amount of our human population, are destroying planetary ecosystems, impacting directly on biodiversity.

As a species we have removed half of the forests that once covered our planet and are currently eliminating about eightteen million acres, an area near the size of Panama, annually. The key drivers are urbanisation, timber for construction, fuel and agriculture.

Overfishing has fully exploited fifty three percent of the world’s fisheries, without change to practices all stocks of species fished for food are expected to collapse by 2048.

Our continual pumping of carbon into the atmosphere is altering global climatic patterns, resulting in increased instances of drought and flooding; engendering rapid glacial melt, sea levels to rise and acidification of the oceans, damaging corals, shellfish and the web of life.

These symptoms are a result of our consumption trends, which politicians such as yourselves continue not only to  promote but express as being necessary. Following in the footsteps of people like Victor Lebow, whom so succinctly expressed in 1955:

“Our enormously productive economy demands that we make consumption our way of life, that we convert the buying and use of goods into rituals, that we seek our spiritual satisfactions, our ego satisfactions, in consumption. The measure of social status, of social acceptance, of prestige, is now to be found in our consumptive patterns. The very meaning and significance of our lives today expressed in consumptive terms. The greater the pressures upon the individual to conform to safe and accepted social standards, the more does he tend to express his aspirations and his individuality in terms of what he wears, drives, eats- his home, his car, his pattern of food serving, his hobbies.These commodities and services must be offered to the consumer with a special urgency. We require not only ‘forced draft’ consumption, but ‘expensive’ consumption as well.”
Journal of Retailing – Spring 1955

Your continued denial of reality, or predisposition to pander to the corporate elite, your reluctance to dare to question the fundamental rules which have governed society for millennia, is working only to secure the position of the status quo. In light of our exponentially increasing commercially generated wants and rapidly decreasing resource availability, this status quo is now posing an existential threat.

This denial of reality has become endemic amongst career politicians and is a disservice to the clear majority of the voting public, who are continually left in a position of disadvantage and are the ones picking up the tab whenever there is a crisis of finance.

People don’t vote for you because they agree with everything you stand for; they vote for you because with the limited choice offered to them, you represent the option with which they most closely identify. As such, an election win should not be misconstrued as a popular mandate for the entirety of party policy. It should be seen for what it is, an opportunity to represent the people. This means finding out what concerns the people have and bringing those concerns to bear front and centre in the political arena. People are drawing the connections between our economies and environmental and social decline, however of those people, none appear to be politicians. This issue does not make it into the mainstream media, which helps to entrench the idea that questioning this aspect of social organisation is beyond the pale.

Our understandings of the natural world have continued to expand over the past sixty years and can no longer be ignored or eclipsed by something as rudimentary as financial economics. Our technological advancements are reducing employment opportunities, widening the gap between the rich and the poor. The ongoing production of cheap substandard products is creating increasing levels of waste and driving up the use of our planet’s finite resources.

When ecosystems collapse, when the biosphere is taken beyond its ability to support complex life, we all suffer.

Understanding this, how will you/your party change the system of economics to come into line with the carrying capacity of our planet and secure a sustainable future for generations to come?

Bearing in mind that “sustainable growth”, like “military intelligence”, is an oxymoron, as once again we are already experiencing ecological overshoot; the last thing we need is further growth as it would be unsustainable.

Looking forward to you response.

Tracking the ecological overshoot of the human economy.
https://www.ncbi.nlm.nih.gov/pubmed/12089326

The science of climate change: Questions and answers
httpss://www.science.org.au/climatechange

Climate change: How do we know?
https://climate.nasa.gov/evidence/

Related posts:
To Vote for Change, Change Your Vote
Why Blaming The 100 Worst Polluters is A Mistake
When Culture Died
The Elite Only Have the Power We Give Them
Open Question to All Politicians
A like is great,but a share goes further. 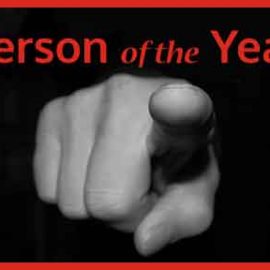 We Need To Fix the Time Person of the Year

To Vote for Change, Change Your Vote

Vertical Farms Can Feed the World