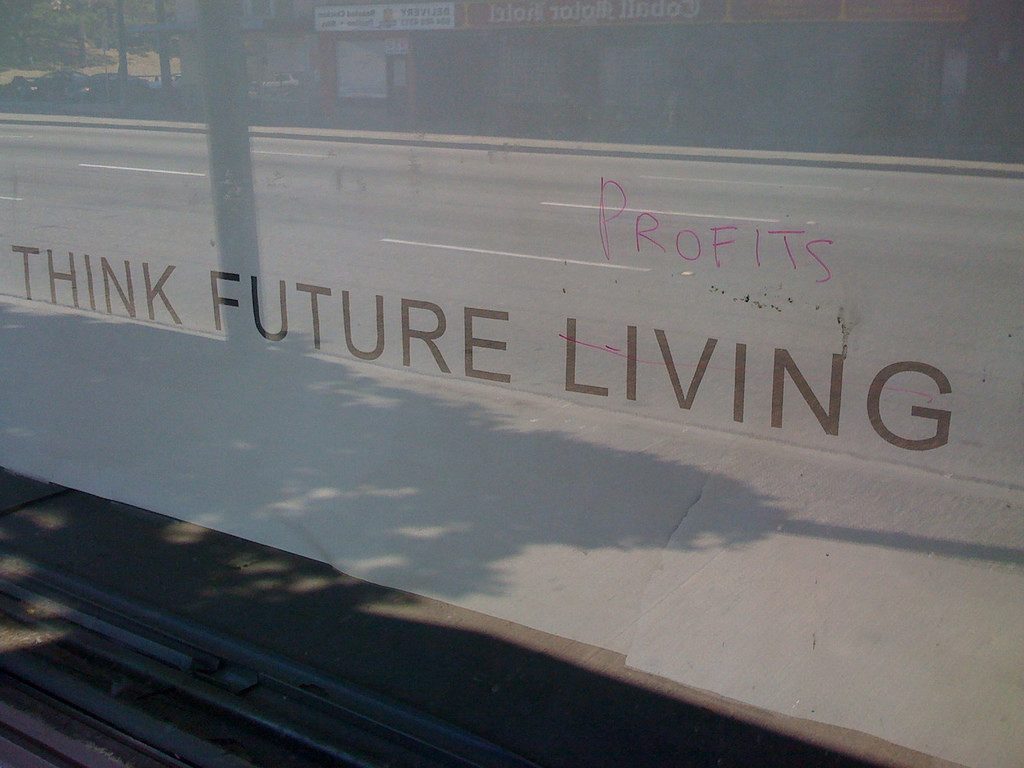 There are many things that make the profit motive a broken principle, but the main reason is simply that it is a motive, so it drives our desires and dictates our actions at the expense of everything else.

Some laws are put in place here and there to limit the scope of this motive so that we don’t all run bounty hunters and so forth, (although these laws can themselves be subject to the whims of the imperative) but generally the overriding motive is profit. And this motive will always trump anything else.

When laws are passed to protect the Indonesian rainforests, they are overridden by the profit motive and virtually ignored. When a government wants to tax the coal mining industry, that industry uses its vast resources to fight back against that which threatens its profits; lobbying, using propaganda, corruption, whatever it takes. Laws may even be put into place to protect their profits.

This is why Green Capitalism is an oxymoron. When the motive is profit the motive can never really be for the environment. It’s either one or the other.

The same goes for freedom – it’s either freedom or profit, it can’t be both. Some believe that nothing should stand in the way of their freedom, but what about when that includes freedom to make a profit? What happens when one person’s freedom to make a profit may be at odds with someone else’s? The most likely result is that the person who stands to gain the most will win.

For example, a corporation in a libertarian world may decide that it wants to dump its toxic waste into a river, which a small fishery relies on. With no restrictions on the big corporation’s ability to make profits, they are free to dump the waste, kill all the fish, and put the fishery out of business. The fishery’s rights are irrelevant, profit takes priority.

The profit motive is why governments rarely act on behalf of the people, why corporations are always irresponsible as long as they can get away with it, and why the media propagates opinions which only serve the profit motive. Essentially it is the reason our society is crumbling around us.

The profit motive becomes a common thread throughout our society, and it undermines all else.

There are no fixes. There are no reforms or laws or protests or wars that can change it. It’s built in. It has made itself all that matters.

And with profit as our motive, everything else, our environment, our freedom, our culture, our quality of life – everything but profit – will continue to decline.

Related posts:
Power - It's All About Resources
A Growth Economy is an Anti-Economy
Why I Advocate for Fundamental Social Change
The Conversation We Don’t Have But Desperately Need
It’s Profit, or Everything Else
A like is great,but a share goes further. 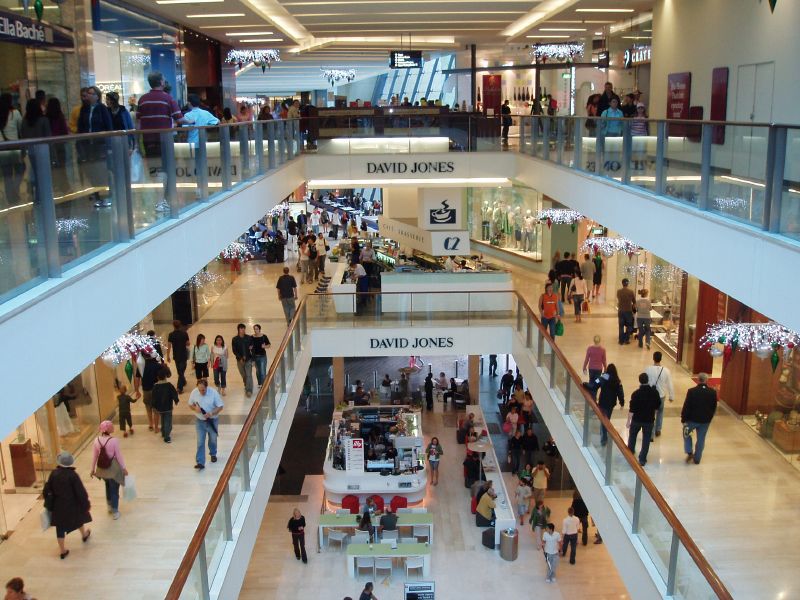 Sunday Service at the Church of Retail

Global Cooling is a Myth, Warming is Real, Here is Why

Why I Advocate for Fundamental Social Change