Our Refusal to Acknowledge the Real Problems is Destroying Everything

People are products of their environments, our behaviour is subject to the influences of our social and physical environment. Look at what our society reinforces as a whole, we don’t question the fundamentals of society which describe to us that we need to work to pay to live. This is our cultural norm and this environment has conditioned us to see the world through a lens which lends us to perpetuate certain behaviours. 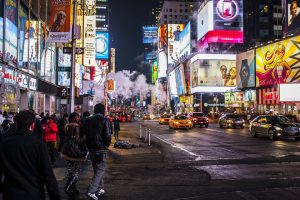 This social environment has transformed us down to a base artificiality surrounding us with advertising for commercial goods, which of course we must buy, for if we did not the system would fail. You don’t have a job if people don’t buy the good or service you are peddling, producing or somehow supporting through your labour. If you have no job providing income to pay for the luxury of life, life becomes dramatically more difficult.

This is why the “jobs and growth” political rhetoric works so well, we all want jobs, we all want “financial security”, it trumps everything else. As of course it will, when the entire framework of our lives is predicated on it. To even dare to question such fundamental aspects of our social order is enough to leave people ostracised from extended family, seen as the crazy ones, or at best mildly delusional. As a result the connection between our economies- of- growth and environmental decline, can be rather difficult for many of us to make.

The majority of us have come to understand our climate is changing, most have come to terms with the science and are well aware that if we desire to have an environment capable of supporting our children and their grandchildren – then we need to act. Yet this is confined to conversations about carbon emissions, carbon capture, carbon credits, trading schemes and clean energy technology. Few of us want to talk about things like mass deforestation and animal agriculture to support our hunger for meat and other animal products, and how they are directly connected to our failing biosphere. The Stanford Environmental Law Journal published an article titled “A Leading Cause of Everything: One Industry That Is Destroying Our Planet and Our Ability to Thrive on It”, which expresses that animal agriculture is responsible for almost 90% of Brazilian Amazon deforestation.

It can be deeply troubling to be confronted with information which outlines how our behaviour on the planet is leading to mass extinction and the destruction of global ecosystems. I am an omnivore, I enjoy meat in my own diet. As a result this information is as confronting for me as it is for any other meat-eater who is, concerned with the environment.

Rainforests don’t just remove carbon from the atmosphere, they provide ecosystems which support extremely high levels of biodiversity, and are incredibly important to advanced medicine. More than 25% of active ingredients in our society’s cancer fighting drugs are found only in the rainforests of the world. It is symbolic that our cancerous economies of growth are leading us to destroy these rainforests.

This is just one example of our declining environment, overexploitation of fisheries is another, coral bleaching, contamination of freshwater, plastic in the oceans and how it is poisoning our food chain, the list goes on and on. You would think we would be hearing about these things repeatedly in the media. These are our life support systems on our planet and they are failing. What could be more important than that? A micro brewery with the next big craft beer, a contestant of some reality show with the superstar chef idol rose factor?

Yet as Stuart elucidated in “How the Media Controls Your Reality” we are conditioned and influenced away from such concerns everyday. Sure we get the odd story here and there, and some publications such as The Guardian have been doing what they can to bring environmental decline to the forefront, however it is a rarity for there to be a connection made between our economies of growth and these declines. Even when there is we are not encouraged to look beyond our current frame of reference and question the basic structure of our society or how we could make fundamental changes.

What did the damage cost and what is it going to cost to fix? It is how we have come to approach everything, the natural disaster did x amount of dollars damage and x amount of dollars in aid has been sent to fix it, dealing with climate change is going to cost this much and could damage our economy. How else would we expect a species which sends its children to preschool and kindergarten, where they spend time learning how to play shopkeeper to react to such situations. Our youngest generations are consistently indoctrinated into a frame of mind in which money is the chief measure of acquisition, that to acquire is the role of human beings. These children become business owners and political leaders and they do these things from inside a single frame of reference. How can we expect to fully understand the impacts of the mechanics of a system we are never encouraged to question?

We blame the other political party,, corporations, each other. We raise people teaching them that acquisition is the measure of success and the hoarding of dollars is the metric by which we gauge that success, then expect the ever diminishing numbers of people able to hoard ever increasing amounts of dollars to share. We send people to jail for stealing food when they have no other means of feeding themselves or their children, we blame bankers for causing a crash to our financial system and stigmatise the unemployed without ever questioning the social determinants for any of these outcomes.

We need to move beyond our reactive way of thinking. We need to ask deeper questions about who we are and how the rules of our social lives are impacting on our decision making processes.

If we don’t alter our thinking we will have an endless supply of people to blame for acting in a way we may personally be opposed to, we will have a growing list of environmental and social declines but fail to properly understand the reasons for any of them.

Feature Image
Money in shopping cart by YoungMoola123 CC BY 3.0