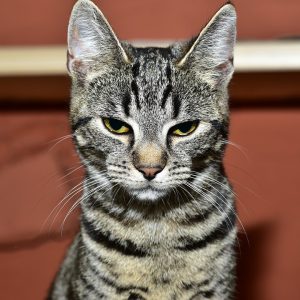 Living on this world of stuff is frustrating to the point of near insanity, our collective actions leave much to be desired. How can anyone who would try to lead us to believe we are an intelligent species expect to be taken seriously anymore?

Sure there are some great technical advances being made, but end of the day those advances are being made from inside a box full of stupid. We are going to need to start by looking at the fundamentals. I know boring, who wants to look at fundamentals when there is a cat on the news. I will try to make it quick.

Banking and financial institutions create the money we take in loans out of thin air, seriously they do. It is called fractional reserve banking and you can look it up for yourself. Economists and bankers have a knack for making the system sound fantastic, however interest paid on money that was created out of thin air needs to come from somewhere and that money simply does not exist. This basically means the system is designed to have a few winners and lots and lots of losers. An interesting point to make, which of course you can check for yourself, as you should, is that there is almost three times as much debt as there is money.

Anyway that is money, there is more but what would be the point, nobody cares. End of the day it is designed to keep you on the wheel, and boy does it, we are so busy on the wheel we can spend zero time thinking about the point of it. This is actually where things get more interesting, when we look at the wheel and ask why.

The majority of us do it, get up everyday, scurry off to our jobs and hop on the wheel. It makes perfect sense, we need to, how else would we pay for life? We need food, shelter to pay for the ever increasing levels of debt and then we also get to buy stuff. Everybody loves stuff. When we buy stuff, which makes us feel great, we also help to keep the other people on their wheels. Win win. I mean what would happen if we stopped buying stuff. The entire machine would grind to a halt, the wheels would come off. Then what would we do? So anyway we keep buying stuff to keep the wheels spinning.

Thing is, you see, is that we have created stuff with such ferocity that scientists are now expressing that we have entered an entirely new epoch. The Anthropocene. No really, I shit you not. Our drive for stuff, our compulsion with our wheels, our complete and total inability to give a shit about anything other than money is having such an impact on the planet that scientists have now given it a name. Personally I think Anthropocene is a bit too nice a way to put it. Honestly you hear Anthropocene and what? Keep watching the Kardashians, or whatever else reality crap is being shoved down our throats. Gotta be fun at parties, right!?!

Maybe a term like vacuouscene or vapidocene would turn a few more heads. Probably not though. If the greatest decline in global biodiversity in the last 65 million years, or creating so much and such long lasting pollution for it to be expected to outlast us, as a direct result of our economies of growth, is not enough to grab serious attention; then I don’t expect a fancy name for it will make an ounce of difference.

It is similar to climate change, we are melting the planet with our waste and people in total and complete denial keep making it to leadership roles. It is so tempting to call them idiots and to make fun of them, however who is the bigger idiot? The idiot in charge or the idiots that put them there.

If we don’t get off our wheels and figure out how to change things then there is no future for our species. I think the cat is back on the news.

Related posts:
One World
Open Question to All Politicians
Money to Resource Based Economics: Step By Step
The Conversation We Don’t Have But Desperately Need
A like is great,but a share goes further.