Taoist Dreams The Action of Inaction

It has a tenuous connection back to Libertarianism and ‘Laissez faire, Laissez passer’ which is a type of economic environment in which all transactions between private parties are unencumbered, unhindered by government regulation or restrictions, an attitude of ‘Let it be’.

In Taoism it literally means non-action, non-doing or action of non-action.

In the Tao te Ching, the venerable Lao Tzu explains that beings (or phenomena) that are wholly in harmony with the Tao behave in a completely natural, uncontrived way. The goal for the human being is, according to Lao Tzu the attainment of this purely natural way of behaving, as when the planets revolve around the sun. 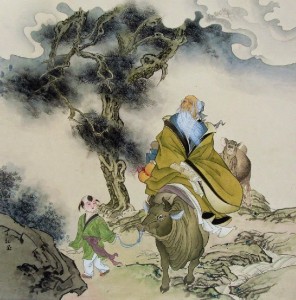 The planets effortlessly do this revolving without any sort of control, force, or attempt to resolve themselves, instead engaging in effortless (as in Wu wei) and spontaneous movement.

This is the kind of wisdom so admired by traditional Chinese scholars, and it is a concept which echoes throughout Chinese society and culture in general, for example with the fine art of Feng Shui, which is also about the economy of action and harmony of substance and their interplay.

There is a third great Chinese teacher contemporaneous with the other two ancient philosophers, Confucius and Lao Tzu,

i.e Sun Tzu the author of “The Art of War”

“Subjugating the enemy’s army without fighting is the true pinnacle of excellence.” ~ Sun Tzu

The concept of non-action as being a form of action is found in all three authors, although this is perhaps not so surprising as they all lived approximately in or around the 6th Century B.C.

First it can be heard in the poetic wisdom of the I-Ching commonly attributed to Confucius. For example the advice is often to temper haste with patience, or non-action. Suggesting it is far better to not act, to wait and maintain the principle of Wu wei, rather than risk acting immodestly or inappropriately. 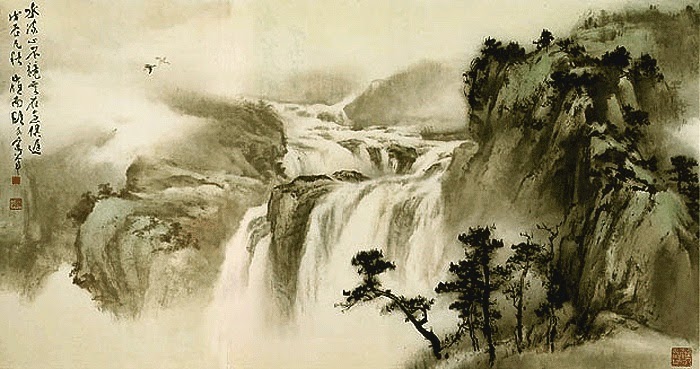 Secondly it is evident throughout Lao Tzu’s work ;

“One should be flexible as a blade of grass and not stiff and rigid like a stick…when the winds come will the stick not break? Whereas the supple blade of grass bends and then returns to it’s original position” > paraphrase.
“The living are soft and yielding;
the dead are rigid and stiff.
Living plants are flexible and tender;
the dead are brittle and dry.
Those who are stiff and rigid
are the disciple of death.
Those who are soft and yielding
are the disciples of life.
The rigid and stiff will be broken.
The soft and yielding will overcome.”
Lao Tzu

Finally it can be heard echoing through the “Art of War”, when for example Sun Tzu suggests that you use your own opponent’s army and it’s strengths against itself in a defensive tactic to defeat the enemy by drawing him out, using their own strengths against themselves in clever, chess-like strategies where the object for your army is to do as little as possible i.e non-action or Wu wei and instead to let your enemy defeat itself in a long, slow battle of attrition.

This concept of Wu wei is to my mind an example of the inherent wisdom and intellectual integrity of the Eastern attitude versus the philosophically bankrupt West which of course is guided solely by the requirement for growth and profit.

In terms of the ramifications for our future, and in terms of the core beliefs that are shared by both The Zeitgeist Movement and The Venus Project, it is clear that the Taoist or Eastern emphasis on balance and harmony with nature is entirely compatible with our own rejection of Western priorities and Western values as being pathological and ultimately genocidal. 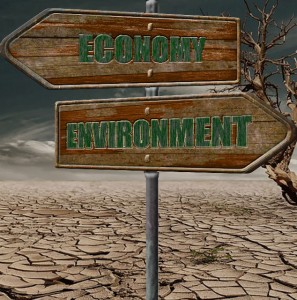 Tidal, Wave, Wind & Solar for example are types of energy generation which appear to make far more sense and they are Eastern in their orientation, as they obviously go with, rather than against the flow of nature.

The West, with it’s foolish bravura, it’s immature arrogance and impetuosity, at least when compared with the far more deliberate, ancient and unhurried movements of the Chinese dragon, the West’s laughable hubris and it’s sense of entitlement to invade or trash wherever it likes on this planet looks quite adolescent and juvenile against the seemingly more mature, measured and orderly slow pace of the East, and I believe that the concept of Wu wei may have a hand to play in this.

This is an opinion which others may easily dispute and which for me requires deeper scrutiny  in order to clarify and bring to the surface any glaring contradictions.

In the Western World, it is entirely dependent on the type of Economic system that we live under as to how we view our world, and it is that same Economic system which shapes and dictates our collective behavior.

Money has a lot to answer for.

Nature has no part to play.

It has no voice in the process, nor are its needs considered.

It is merely a calculation, an entry on a negative balance sheet of costs.

In other words the design comes first, then we work out how to solve our particular engineering or environmental problems by overcoming nature, by subduing it and too little consideration is given to working in harmony with rather than against the forces of nature. 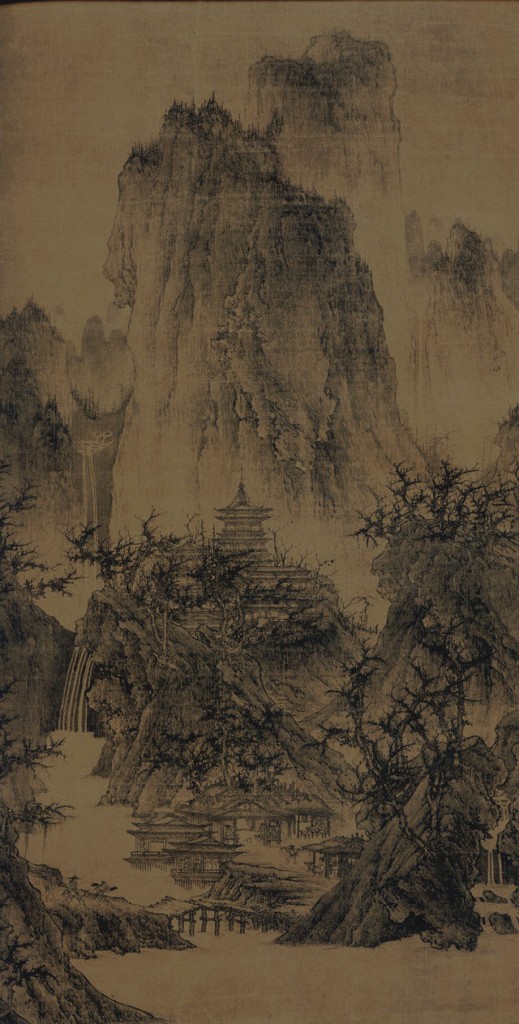 Our priorities appear to be mistaken…

For example in the West, we just cut a swathe through a forest because in our view,, our priority is to minimize cost and overheads, that is the name of the game. Whereas the Eastern view begins with the belief that our priority should be to come to terms with nature first, to strike a harmonious balance with the requirements of Gaia first….

A short track road is a good thing, and the shorter the road, the less it costs, and we build it by just cutting a corridor through nature.

The Eastern, Taoist view would be to find the natural breaks, the pathways or even to go around if necessary to maintain the harmonic forces.

The examples of Western thoughtlessness in design, arrogance or just plain ignorance on a colossal scale are everywhere to be seen in architecture which for most of my life has been a source of simultaneous pleasure, and displeasure when I view the illogical irrationality of our building principles.

The examples of contrary, blind Industrial planning and design are literally endless as our Western system is not based on logic, or the natural order of life on Gaia and must have driven Buckminster-Fuller crazy… 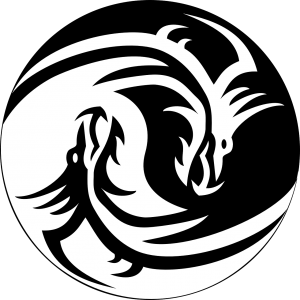 The Eastern view is a huge contrast, it is a view which I hasten to add is unfortunately fading fast thanks to the heady rush of Capitalism which has now infected China as well.

In the traditional, old Eastern view which, as I suggest, can be found in common to all three sages i.e Lao Tzu, Confucius and in Sun Tzu, the main emphasis is to find a way to literally ;

To align yourself with the organic harmonies, the deep, intrinsic patterns of nature, and by doing this, ‘non-action’ which is itself a type of action, will in many cases be the only type of action required.

Here in the materialistic, cheap and vulgar, glittery West, unfortunately going with the flow would have an entirely different connotation… As the only flow which Western participants were ever interested in, the only flow which their conditioned minds could even see, was the rising flow of profits to the shareholders, those champions…those bastions of the 1%.

Feature Image
Tree on Street by by annamae22
TOPIO 3 2 by Humanrobo CC BY-SA 3.0

Caught somewhere between the profane and the prosaic the author assures us all that he, like most, is trapped in a prison of his own making, with gilded neon bars and the machinery of Moloch haunting his nightly landscape of dreams. Increasingly aware of the sharp divide between what I see and feel, and what I do. Trapped in a corrosive System which is ultimately 'Against Nature' and therefore against 'Us'... I see no further benefit in talking about myself and prefer to let my work speak for me.