We are all slaves to our economic system; money restricts freedoms, it does not give us access to products and services it restricts access to them. If you have trailers full of dollars than you have a whole lot more freedom than someone who has a handful of dollars, this is the reality of our financial system. 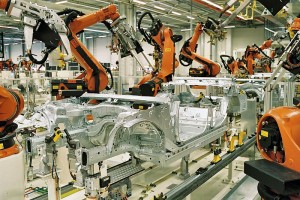 If we look at money as a store of labor we can ask the question, what happens when there are not enough labor opportunities available for our entire species? In our human history, in which we have used any form of money, we have never managed full employment. Even if we had an excess of employment positions available what would that result in? In today’s world of more than seven billion people could you even imagine what it might look like? With much less than full employment on our planet, we waste enough global resources producing a stratified range of substandard products to require 1.5 Earths in an attempt to continue to sustain it long term. Do we really need to continue down that road in order to confirm the ultimate conclusion?

Look at a product like a mobile telephone as an example, walk into any shop selling these items and how many options are we faced with? There is an obscenely stratified range of these products and the resource waste involved in producing the cheapest phone is very much identical to that of the top end phone, which amounts to an absurd waste of planetary resources. Every year a new phone is released and promoted as the must have product, which results in people lining up in advance of the release date in order to buy this product, being on a fundamental level almost identical to the predecessor. What happens to the old phones? Sure there is lip service given to recycling but the reality is they pile up as mountains of toxic e-waste in distant countries, far removed from the sleepy eyes of the western consumer. In these so called developing nations other human beings strip down the phones and other electronics, subjecting themselves to all manor of toxins, so they may earn a couple of dollars a day. 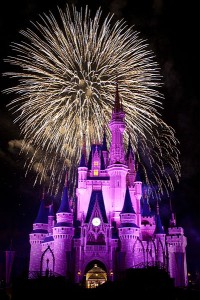 How many products do we produce on our planet in a similar stratified range? All of them, everything we have created is offered from the low end cheap as chips bit of useless crap, all the way through to the high end product for people living in the “magic kingdom”. Worse yet is even the people living in the “magic kingdom” are not getting the best we can produce, nobody is. Every last bit of materialistic junk we manufacture on this planet is made to either break or be obsolete within a time-frame our outmoded market system can sustain.You do not keep billions of people employed by producing products which are made to last, are easily maintained/fixed or are capable of being upgraded. To do that requires you produce a monumental amount of complete and utter shit. In fact you need to really spend some time and effort researching exactly how to go about making things you can be sure will fail, in order to pull this kind of system off for as long as we have.

“Our enormously productive economy demands that we make consumption our way of life, that we convert the buying and use of goods into rituals, that we seek our spiritual satisfactions, our ego satisfactions, in consumption. The measure of social status, of social acceptance, of prestige, is now to be found in our consumptive patterns. The very meaning and significance of our lives today expressed in consumptive terms. The greater the pressures upon the individual to conform to safe and accepted social standards, the more does he tend to express his aspirations and his individuality in terms of what he wears, drives, eats- his home, his car, his pattern of food serving, his hobbies.”
-Victor Lebow, 20th century economist

There is just no need for it, when you look around and see all the utterly cheap garbage, the kind of stuff you can find in dollar shops and the like, you know what that represents? Wasted lives.  It is not fair and it is not good enough. We as a species are capable of so much more, and more importantly if we have any intention of leaving future generations an environment which has any hope of sustaining some kind of meaningful existence, then we need to change. We need to change our attitudes in a big way.

Consider a child born into either a wealthy or a poor family, while on the fundamental level both children are primarily the same, their potential access to resources are extremely different and should the poor family live in a “developing nation” then those differences are greatly exacerbated. In our current social system when it comes to individual outcomes there is a certain amount of luck involved in relation to where and the economic standing of the family anyone is born into. While there are certainly examples of individuals overcoming the odds to experience what we currently term as “success”, how many do not for everyone that does? Sure if you are living in a “developed nation” then you may have a slim chance at moving out of low or middle income brackets, but lets face it, social mobility is a myth created to give hope to those born into low income families. The poor generally stay poor, while the rich use the fallacy of social mobility to make themselves feel better about their wealth as they try to validate “capitalism”. 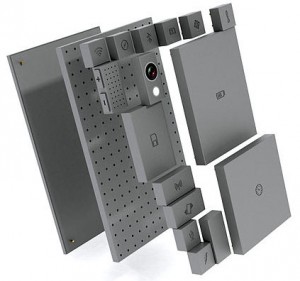 Even if we were to take a more holistic approach to our custodianship of this planet, yet continued to maintain any form of labor exchange system there would be a plurality of social issues that would persist. Consider again the phone example discussed previously. If in the interest of planetary sustainability we amalgamated the corporations in order to work in cooperation to produce the best possible phone for any given period of time; which would mean the design would allow for strategic use of resources, recycling, ease of upgrade and simplicity of repair or replacing worn parts, we would quickly find once the phones had been produced employment roles would become greatly reduced. Applying this approach to general production globally, it can only be expected we would find not only would we be using less resources but there would also be ever diminishing employment opportunities.

“I would accept the possibility of infinite growth in the economy on the day that one of my economist colleagues could demonstrate that Earth itself could grow at a commensurate rate.”
-Herman Daly (Former Senior Economist for the World Bank)

If we get transfixed on a manufactured need to continue using some form of currency in order to facilitate the exchange of labor for purchasing power, then we may as well look at our own children, laugh and tell them they are screwed. Because like it or not it is exactly what we are setting them up for.

We can keep doing what we are doing, we can take the environment to the precipice and push it over the edge, it may not result in the end of humanity. The consumption pandemic might not kill all of us, but it can only be expected that at the very least the resulting environmental degradation will cull human numbers back, allowing the biosphere to slowly regenerate. There is no need to put this to test, we are an intelligent species even if at times it may not seem it, we have the power of foresight and can choose to live in a more symbiotic manner with the rest of nature.

As long as we fail to let go of the utopian notion that cyclical materiel consumption (growth and jobs)  on a finite planet is sustainable, we will be fighting the planet and environment we rely upon to support our continued existence.

“Anyone who thinks we can have infinite growth in a finite planet is either a madman or an economist.”
-Sir David Attenborough

Related posts:
Why a Basic Income Matters in System Transition
A World Without Debt
We'll Run Out of Oil in 40 Years and We Have No Plan
Sunday Service at the Church of Retail
A like is great,but a share goes further.