In western cultures it is all too easy to finger point and rail on the unemployed. It is not uncommon to come across people with a poor opinion of the unemployed, people who are quick to label them as lazy or bludgers. The unemployed are easy targets which represent a societal problem and blaming them for the position they find themselves in means there is no need to look any closer at the situation.

Due to us living within the confines of a work to earn to pay to live system we find ourselves in a position of needing some form of employment. This sets us up into an environment of structural violence and desperate competition against each other in  class warfare, which is a race to the bottom to see who can accumulate the most before we die. 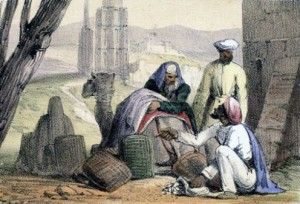 This type of economics has remained fundamentally unchanged since antiquity, while for the best part of our existence this has been an efficient system for rationing scarce resources, as our intellectual and technical understandings have improved our economy has stagnated. We do not harness our ability to automate as it will create extreme unemployment, we do not address the impacts of over consumption because we all need the jobs. Yet for as long as we have subscribed to a system of working to earn to pay we have never achieved full employment and there is no reason to suspect we ever will. In fact one can reasonably expect that as long as we continue to operate under this antiquated and outmoded system we will have a certain level of unemployment, which is only likely to increase as our technology improves and our population expands.

Currently there are nowhere near enough full-time employment opportunities and part time jobs not only result in underemployment, but still leave people dependent on the social welfare system. With off-shoring of manufacturing to developing nations, which in a competitive market system only makes sense to do, employment opportunities only continue to diminish. There is also cybernation and machine automation to consider which are slowly but steadily eroding away the job market. Machines don’t need to be perfect to take your job, they just need to be better than you.

Anyone looking at the unemployed and concluding they are using the “welfare” system as a lifestyle or career choice, have obviously spent next to no time at all actually considering the causes which lead people to be using the social safety net. Nor have they bothered to consider the implications of being unemployed long-term and how it impacts on acquiring employment.

“The research evidence suggests that when someone is unemployed long-term they become much less employable,”
Nicholas Gruen

Scarring Effects: Demographics of the Long-Term Unemployed and the Danger of Ignoring the Jobs Deficit points out that individuals who have been unemployed the longest are the least likely to find work. Some employers are going as far as to stipulate “unemployed need not apply” in job advertisements. As if this is not bad enough a segment of our society feel they are qualified to judge and belittle these people, how very understanding and considerate of them.

We also need to consider the levels of environmental degradation which go hand in hand with the production consumption pandemic, that has afflicted western cultures since the 1940′s and is rapidly expanding to the east. Simply put our planet cannot sustain this consumption model, we are on borrowed time. Currently we extract enough resources to build 112 empire state buildings every day, which is consuming one and a half times the resource use our planet can sustain.

Unemployment is not a problem it is another symptom which is a result of structural issues that generate vast inequalities, fuel violence, in particular war, and relegate our environment and biosphere sustainability to being fringe topics which are seen as less important than our economy. An economy that could be more accurately described as an anti-economy. The last thing we need on our planet is more “growth and jobs”, yet in the eyes of our economists this is exactly what we should be striving for.

It is easy to pick on the unemployed, that’s why so many people do it. If everyone was “working” either producing or selling something, the resulting consumption required to maintain that level of employment would leave us scratching at a scorched earth, wondering where our next morsel of food was going to come from. Being raised in this system we are conditioned to judge each other, to point fingers at groups of people, to place blame, but never are we encouraged to look at our current social structure with a critical eye.

Unemployed people are not the problem, they are a result of our reluctance to alter our social environment to come into line with up to date understandings and abilities.