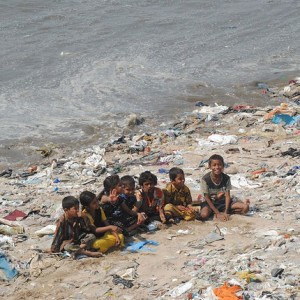 “If we don’t halt population growth with justice and compassion, it will be done for us by nature, brutally and without pity – and will leave a ravaged world.”
Nobel Laureate Dr. Henry W. Kendall

The idea that we are reaching a population crisis, that is as a species humans are overpopulating the planet, is becoming an increasingly held opinion. So how do we know that our global population is putting a strain on the biosphere?

Biocapacity quantifies nature’s capacity to produce renewable resources, provide areas for communities, their activities and waste renewal. The ecological footprint represents human use of the resources contained within our biosphere. Biocapacity and the ecological footprint are measured in global hectares; a biologically productive hectare with global average productivity.

In 2008 the Earth’s biocapacity was equivalent to 1.8 global hectares per person, while the ecological footprint of humanity was equivalent to 2.7 global hectares per person. This ecological overshoot is describing that the renewable resources consumed by humans in a year require 1.5 years for the Earth to regenerate. Annual human demand on the planet has exceeded the biocapacity since the 1970′s. This has been driven in part by high consumption rates which are required to maintain the growth based economy.

“Till we wake up to the fact that we have to live in biodiversity based economies, we will not be able to maintain a livable planet for the human species.”
Dr. Vandana Shiva

In other words if we fail to come into line with the planet’s biocapacity we can expect to encounter a diverse range of symptoms in relation to the resulting decline.

Experts calculate we are losing anywhere from 1,000 to 10,000 species to extinction a year. We are cutting down our forests faster than we can regrow them and stripping our oceans of fish so quickly they have no chance to repopulate. Scientists estimate that we will have fished out most edible fish species inside the next 40 years.

“Ultimately our ability to survive on this planet depends on a series of ecological processes which provide us with food, with water, with air. Everything you can name as a life necessity comes out of ecosystems and ecosystems are based on biodiversity.”
Dr. Robert Scholes
C.S.I.R. Natural Resources and Environment

We can be certain global biodiversity is in serious decline.

There are plenty of facts to support the idea that our population is putting insurmountable strain on our planet. Our world population has expanded more since 1950 than it did in the previous four million years. These additional people place additional demands on earth: 80% of the original rain forests have been cleared or degraded; one-third to one half of the Earth’s land surface has been transformed. Currently, 505 million people live in countries with water-stress or water scarcity. By 2025, almost half of the Earth’s population, from 2.4 to 3.4 billion people, will be living in areas of water stress or scarcity. Only 0.3% of the planet’s water is available for human use. Mismanagement results in over 40% of the groundwater in the U.S. being contaminated by industrial, agricultural, and household pollution, leaving it extremely difficult and costly to purify. 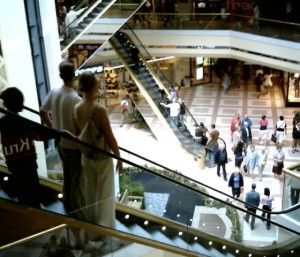 These serious issues are not the result of being a species facing overpopulation, but are those of a species that is exhibiting aberrant social behaviours. Population growth is not the driving factor of our infinite growth economic model, profit is. In our current economic system money is the measure of business success and that measure is completely decoupled from our natural world. The only way to generate monetary profit in this system is to have something to sell and for that item to have a limited life span, or be superseded in order to perpetuate the need for continual consumption.

80% of the earth’s original rainforests have not been clear cut or degraded due solely to population growth, it is the way in which we as a population are choosing to live in a consumption driven economy. We are not experiencing water shortages because we are drinking it all, rather because of poor management and industrial pollution. If we were more intelligent about the way in which we consumed our finite resources the use of those resources would decline significantly and without a reduction in our standard of living.

So long as our society is based on this antiquated consumption driven economic model, population levels will be a serious issue. We must scrutinize our current social system very closely and identify what it reinforces. Currently we produce enough food to feed every human being on the planet, yet our method of distributing food through a monetary market means that there are extremely high levels of unnecessary hunger and malnutrition. There are also technical solutions such as vertical farming which could be implemented having greater efficiency, if we were not so concerned with profitability and financial cost.

The point here is we can look around and claim all the ecological problems we are facing are directly tied into overpopulation, without consideration for the way our population is behaving. 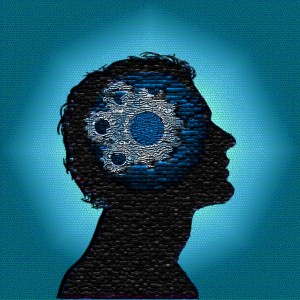 This can become difficult to understand, due in most part to heavy social indoctrination which can confine thinking into one fixed frame of reference. Consider our current resource use, if we have fifty different types of product X ranging from cheap manufacture and limited durability all the way through to high level manufacture and durability, there is clearly a certain level of resource waste in the production of the sub standard models. If we were to only produce the product with the highest level of durability (with regard to use) coupled with ease of maintenance and the ability to upgrade and or recycle, as a result of this there would be a massive reduction in resource use. If we take the time to look and consider what it is we are producing it becomes apparent that we are wasting resources at an astonishing rate for little more than financial profits.

Do we really require multiple brands of any product? Is it intelligent to operate a society based on continual consumption and growth on a finite planet?

“Only after the last tree has been cut down…the last river has been  poisoned…the last fish caught, only then will you find that money cannot be eaten.“
– Cree Indian Prophecy

Consider an island with three hundred inhabitants and enough resources to sustain them for fifty years, under current social practices. If those resources were to be consumed in the manner which developed countries make use of resources now, then the population of that island would have to be maintained at three hundred or near too. While if those same resources were used intelligently, placing greater importance on sustainability and intelligent design, the resources would both last longer and allow for modest population growth.

Fundamental changes to the way we operate on an economic level would result in an increase in the standard of living for our entire human family, and bring the human ecological footprint in line with the biocapacity of our planet. In short we can continue to exist in an infinite growth paradigm and struggle with all the environmental and social symptoms which arise as a result, or we can challenge our current social model in its entirety and come up with practical solutions to the short falls we find. It may be difficult for many of us to question everything we have been raised to understand, but it will also be difficult to live on a planet of ever decreasing biodiversity. Our current economic model is going to force us into a position of having to consider these issues and rethink what is and what is not important. Without an environment that can sustain human life there will be no profit.

“We shall require a substantially new manner of thinking if mankind is to survive.“
-Albert Einstein

Exponential population growth although not mentioned above is a serious issue that should be addressed. If you do not currently understand what exponential growth is you can find a simple explanation here. It is important to consider, for those pointing toward exponential population growth as the problem we are faced with, that they are measuring population limits based on the current human ecological footprint vs. biocapacity. Understanding that the human footprint is primarily driven by our consumption driven economy, we can expect that a move to a more sustainable model of economics could significantly reduce our species footprint on the planet. This will not mean we can continue to grow as a population at increasing rates indefinitely, but it does give us more time to understand how our population size and behaviour impacts on our life supporting planet.

Related posts:
Our Refusal to Acknowledge the Real Problems is Destroying Everything
A Dysfunctional System Creates Dysfunctional People
Society's Choice
Technology Won't Save Us From Ourselves
A like is great,but a share goes further.